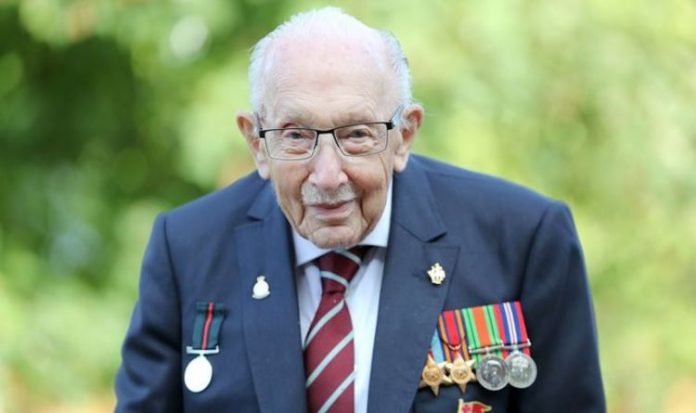 The festival, which aims to honour the sacrifices of those who have served in the British armed forces, will be televised on Saturday night at 21:10. The event will be pre-recorded due to coronavirus restrictions. However, it will still feature a number of prominent Britons.

These will include Captain Sir Tom, who is due to discuss “inspirational achievements and what remembrance means to him”.

The 100-year-old former British Army officer rose to fame this year after his goal of walking up and down his garden 100 times to raise money for the NHS captured the nation’s attention.

READ  Changes to the training you need for an SIA licence

In addition, other Britons due to make an appearance at this year’s Festival of Remembrance include Prince Charles, who is expected to speak out about “currently serving military personnel during the pandemic”.

The Prince’s wife Camilla, Duchess of Cornwall, will also make an appearance and pay tribute to military and civilian nurses.

There will also be performances from military and non-military musicians.

READ: Where to buy a poppy ahead of Remembrance Day – advice issued during coronavirus pandemic

The following day, Remembrance Sunday, will not see the usual March Past the Cenotaph due to coronavirus restrictions.

However, there will be a Government-led service at the Cenotaph which will be held as a closed ceremony, the British Legion said.

The service will also be televised, and a Two-Minute Silence will still be observed.

The British Legion added: “Despite the changes this year, we are encouraging people across the nations to ensure Remembrance Sunday is still marked appropriately by taking part in remote and socially distanced Remembrance activity, whether that be watching the service on television or pausing for the Two Minute Silence in their home or on their doorsteps.”

Again, members of the Royal Family as well as Government officials are due to be in attendance.

There will also be an event at Westminster Abbey on Wednesday November 11 to commemorate Armistice Day and 100 years since the Unknown Warrior was brought from France to be buried there.