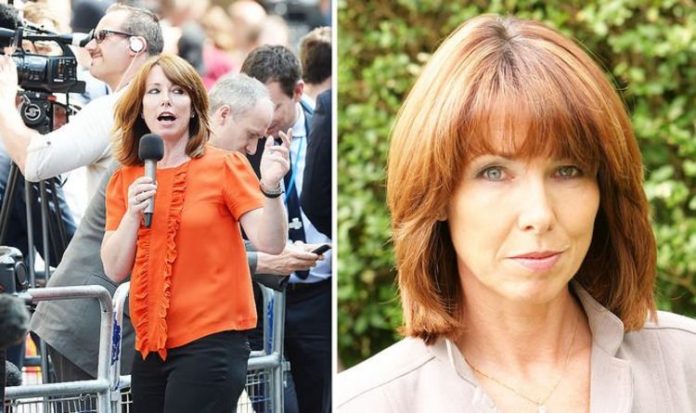 The veteran star is one of the longest-serving female journalist in TV and was one of the founding presenters of Sky News. This week, she came under fire after breaching coronavirus restrictions during an early-60th birthday celebration, in London. Ms Burley has often courted controversy but insisted she was able to shrug it off, even if the public branded her “emotionless”.

Ms Burley, who has been with Sky News for 32 years, was suspended for six-months for a “period of reflection” after the scandal was revealed this week.

While she claimed she “was Covid-compliant” at the time of the “recent social event” she admitted that “doesn’t matter” in an apology on Twitter.

The TV star wrote: “The fact is I was wrong, I made a big mistake, and I am sorry.”

The Lancashire-born presenter’s statement followed previous comments, where she believed she was widely disliked among the public.

She felt some viewers took affront with her hard-questioning and interrogative interviewing technique.

Ms Burley said: “I don’t think people like me, it must seem [like] I am totally incapable of emotion when I’m on television because I’m very serious and hard.

She believed that lack of emotion was “something people found difficult” to accept and often led to them not getting “the right impression” about her.

“A lot of people vent their spleen about me, but I honestly can’t take it seriously. There is only my family who know me properly.”

In comments made to Lancashire Life in 2011, Ms Burley considered herself to be “very lucky” during her career.

She has reported countless historical events including the September 11 terrorist attack, the fall of the Berlin Wall and the Gulf War.

Ms Burley added: “I have been very lucky to do the interviews I have, there have been a lot of unexpected things happen to me though.”

She recalled interviewing former Prime Minister Gordon Brown about the budget when suddenly he “broke down in tears over the death of his baby girl”, which she described as “heartbreaking”.

Ms Burley also interviewed a “drunken” celebrity while pregnant, who told her “shake your funky stuff to me, hot thing” moments before she called security.

After being suspended for her Covid-19 breach, Ms Burley explained that she “enormously regretted” her colleagues being “pulled into this episode”.

She continued: “I was one of founding presents of Sky News – no one is prouder of our channel’s reputation, the professionals on our team, and the impact we make.

“I very much look forward to being able to continue my 32-year career with Sky when I return.”