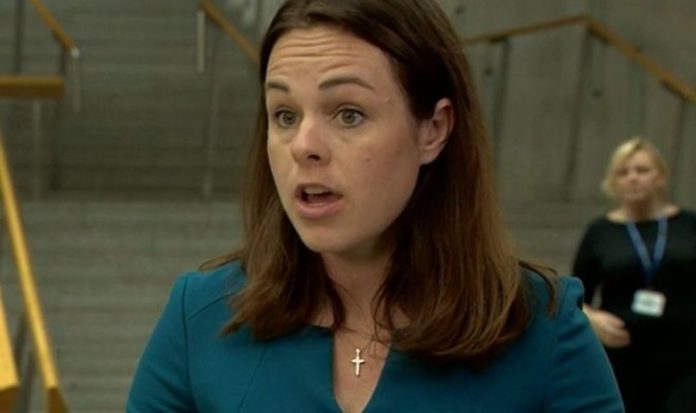 BBC Scotland’s political correspondent, Kirsten Campbell, pressed the SNP politician insisting Scotland appears to be getting a spending deal that is “too good to give up” in the UK. The reporter confronted the SNP’s Finance Secretary Kate Forbes over the release of the Scottish government’s latest Government Expenditure and Revenue Scotland (Gers) report. The report estimates the difference between what Scotland raises in taxation and what is spent on its public services, and has been at the centre of the independence debate in recent years.

The journalist asked: “The UK Government would argue that these figures with a notional deficit of £15 billion with higher spending and a lower tax take are giving a Union dividend of £1900 for every person in Scotland.

Ms Forbes shot back: “That’s absurd this year of all years when you see the UK Government deficit rising to £372 billion and debt increasing to £2 trillion.

“Nobody is suggesting that the UK cannot be independent.”

READ MORE: Sturgeon could be forced to change election strategy from indyref 2

She added: “Nobody is suggesting that countless countries around the world that have seen their deficits increase as a result of COVID are suddenly deciding they no longer want to be independent.

“The difference is they’ve got the powers to manage their deficit and we do not.”

The BBC reporter also pointed out the deficit is far higher in Scotland as a percentage of GDP than it is in the UK as a whole.

She continued: “If we had those powers we could, for example, extend the job retention scheme.

“But as it is we are just dependent on the policy choices the UK Government makes.

“And right now that scheme will close in October and the risks to unemployment are huge.

“I much rather we had the powers to extend it to ensure that we support the Scottish economy.”

The new report covers the 2019-20 tax year, which ended on April 5, and so the full economic impact of the coronavirus pandemic is not reflected in the figures.