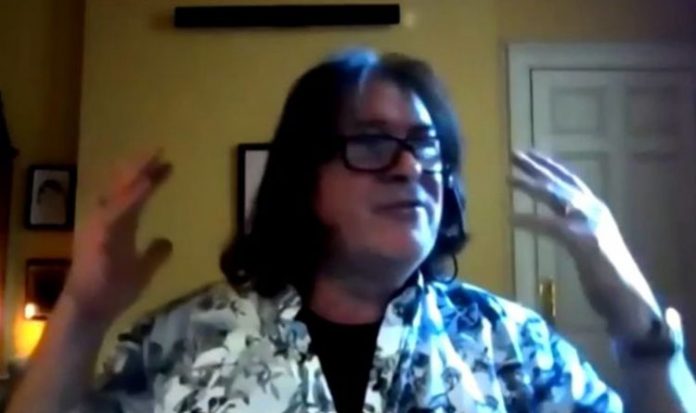 Donald Macleod was “fed-up” over the handling of the pandemic by Nicola Sturgeon and the SNP who he believes is playing political games with Westminster to prove they are doing better. He recalled a comment from Ms Sturgeon blaming former SNP leader Alex Salmond for ruining the confidence in the Scottish justice system over his inquiry and flipped it to say Scottish confidence was being sacrificed “at the altar of the ego one woman”. Donald Macleod continued and said the First Minister was conducting “footballing” with Mr Johnson rather than focus on the Scottish economy and the coronavirus lockdown.

Speaking to Mike Graham on talkRADIO, Mr Macleod, who owns a nightclub, was angry that he was told everything could fully reopen on June 21 in England but there was nothing yet from Ms Sturgeon.

He said: “We are so sick of it, we are sick to the back teeth with this political game that’s going on.

“A few days here, a few days there and a wee tweek here but this one backfired big style.

“And I was furious because our biggest neighbours down south would be opening up and reaping the benefits no doubt.

“And we’re going to remain shut with an offer of level four to level three, maybe yes, maybe no.

“What it means is you can’t go anywhere, you can go into a pub and have a meal but you have to leave afterwards.

“It’s a shambles… all this rubbish and while this is going on you have this spectacle of this embarrassing issue between this spat between Nicola Sturgeon and Alex Salmond.”

Mr Macloed then reversed a comment made by Ms Sturgeon to say the confidence in the Scottish government was being “sacrificed at the altar of the ego of one woman”.

Prime Minister Boris Johnson announced his roadmap out of lockdown on Monday and said there would be no legal requirement for restrictions by June 21 at the earliest.

While England will lift meeting restrictions between two households on March 8, Scotland would lift the same restriction on March 15.

Additionally, shops and retail will reopen in England on April 12 whereas in Scotland they will reopen on April 26.

Scottish political parties will soon set up their election campaigns for the Scottish Parliamentary elections on May 6.

In England, lockdown restrictions will be looked at in stages with a five-week interval.

The Government says it takes that amount of time to fully analyse the effects of lockdown easing and will alter their roadmap according to cases going up or down.

Phase two of the vaccination programme is also underway which will target the next four priority groups – or 17 million people.

Those who have received their first vaccines are also due to return to hubs in the coming weeks for their booster shots.