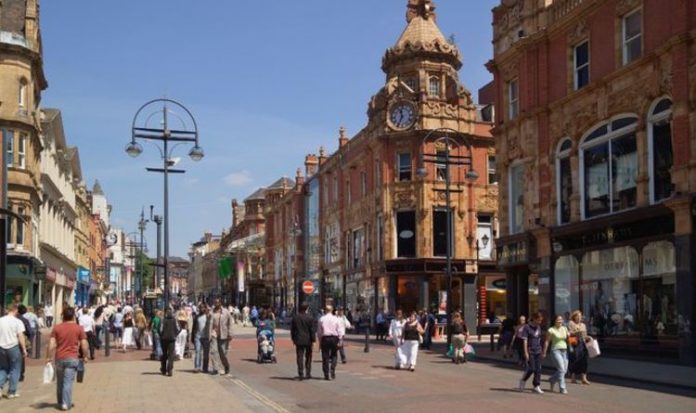 South Yorkshire is set to be the latest area to be put under Tier 3 restrictions in England as infection rates soar. The region including Sheffield would become England’s fourth to have its pubs and bars shut down after Liverpool City Region, Lancashire, and Greater Manchester.

Central Government has been striking deals with local authorities about funding for areas put under Tier 3 restrictions in recent days, with Boris Johnson forcing Manchester to go into Tier 3 after talks collapsed about funding.

The mayor Dan Jarvis said local leaders managed to secure £41 million worth of funding for the area.

Some 1.4 million people will be plunged into the harshest restrictions, with Mr Jarvis saying “collective action was the only practical choice to keep everyone in our region safe” despite varying infection rates across the region.

Mr Jarvis added “the number of people with COVID in our hospitals has doubled over the last ten days, with no signs this will relent over the coming weeks” so “inaction was not an option”.

It reads: “Government Ministers did not meet Leaders today.

“Local and national public health experts agree that there is not a case to move West Yorkshire to Tier Three this week.

“The decision to maintain Tier Two (High Risk) restrictions reflects the progress that has been made by councils, Public Health England, the NHS and other partners working together to reduce the spread of COVID-19 and protect lives.

“To further reduce the risk of increased restrictions becoming necessary, it remains essential that everyone in West Yorkshire plays their part by following the rules, particularly when it comes to instructions to self-isolate.

The change follows on from the controversial decision for central Government to impose Tier 3 restrictions on Manchester in light of talks collapsing between local leaders and ministers.

Manchester will now only get £22 million worth of funding to see it through the crisis – working out at £8 per person.

Greater Manchester Mayor was told of the funding live on air while making a statement regarding Government talks.

Lisa Nandy, MP for Wigan and Labour’s shadow foreign secretary, told Sky News: “It genuinely feels like this government is now not only failing to help us, but is actively working against us to inflict harm on its own citizens.”.