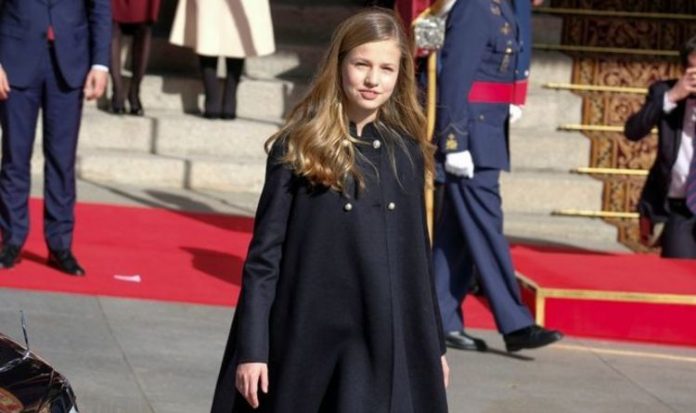 The eldest daughter of King Felipe VI and Queen Letizia will be a student of the college situated outside the town of Llantwit Major for the next two academic years as she continues the International Baccalaureate programme. The teenager who holds the title of Princess of Asturias is heir to the Spanish throne.

In an announcement on Wednesday, the Spanish royal household said her parents would foot the £67,000 bill for tuition.

The young princess underwent a selection process required by the Spanish Committee of the United World Schools Foundation (UWC Spain).

The initial pre-selection phase is developed anonymously by each candidate.

The college is based at the 12th century St Donat’s Castle and boasts stunning views of Wales’ southern coast. It lies 17 miles west of Cardiff.

Along with her peers, Princess Leonor will reside in one of the boarding houses on the campus.

Students live in groups with teachers and other employees of the school.

Participants are given tasks “to inspire them to become agents of positive change”.

Understanding other cultures and appreciating diversity is a central component of UWC’s mission.

UWC International said the princess will “join 4,500 other students from 155 countries, and from a diverse range of backgrounds, who will be studying at one of our 18 schools” around the world.

Jens Waltermann, the group’s executive director, said up to three-quarters of participants study on scholarships.

He said: “It doesn’t matter where a student comes from to access a UWC (United World Colleges) education, with over 75 percent of all students receiving partial or full scholarships.”

Leonor became heir to the throne on the accession of her father and holds the traditional title of first in line.

She has a younger sister Infanta Sofia of Spain, who is 13.

Their father King Felipe VI ascended the throne in June 2014.