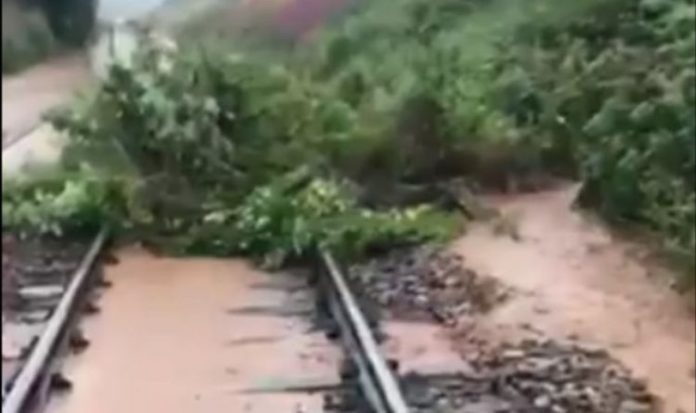 Two people are feared to have died in a tragic train crash in Scotland. First Minister Nicola Sturgeon announced that there had been reports of severe injuries due to a train derailment at Stonehaven, which is located along the Aberdeenshire coast. Network Rail Scotland shared footage of flooded train tracks to Twitter, confirming that they had recieved reports of a landslip at Carmont, near to the incident.

Services are no longer operating between Dundee and Aberdeen for the time being.

Scotland Rail have said they are assisting the emergency services with the incident near Stonehaven and will provide more information when available.

British Transport Police also confirmed that they are currently responding to the accident in Aberdeenshire.

According to BTP, officers were called to the scene at 9:43am and have remained there alongside paramedics and the fire brigade.

Prime Minister Boris Johnson tweeted: “I am saddened to learn of the very serious incident in Aberdeenshire and my thoughts are with all of those affected. My thanks to the emergency services at the scene.”