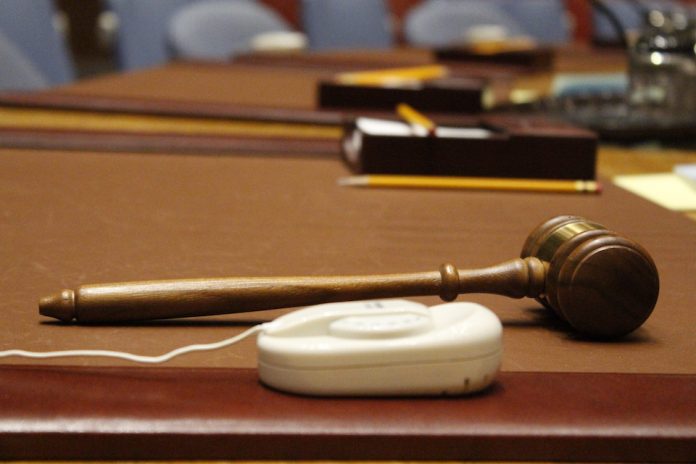 Thank you, Mr President. I would like to start by thanking the President, His Honour Judge Carmel Agius, and Prosecutor Brammertz for their briefings to the Security Council today and we welcome their re-appointment to the Mechanism.

On this day 25 years ago, the Dayton Peace Agreement was signed in Paris. Today, we remember the victims of that bitter conflict in Bosnia and Herzegovina, and celebrate 25 years since its end. The International Criminal Tribunal for the former-Yugoslavia, and now the Mechanism, have brought justice to the victims and tirelessly pursued those responsible for this dark chapter in European history.

I would like to reiterate the UK’s unwavering commitment to the Mechanism and reaffirm our willingness to assist it wherever possible in fulfilling its mandate and implementing its vision of being a small, temporary and effective organisation. We would like to take this opportunity to praise the work undertaken by the Mechanism and the results that have been achieved so far.

Mr President, throughout this reporting period COVID-19 continued to affect the entire world. We would like to commend the Mechanism on its valiant efforts to continue international justice even in the face of the challenges of the pandemic. While there are some delays to cases, the efforts of the Mechanism have ensured that many of them will be concluded in first half of 2021. The Mechanism has taken a huge step in showing that impunity is not and will not be allowed to prevail.

We welcome the Mechanism’s increased presence within Rwanda, which fully displays its commitment to continue its work at full speed despite the challenging operational environment. We also welcome the renewed drive by the Mechanism to build upon the success of the arrest of Félicien Kabuga in order to bring the remaining alleged genocidaires to justice. We are pleased to see legal proceedings against Kabuga are being taken forward, working closely with the Government of Rwanda.

We would like to praise the Mechanism as a force for good. Its work is a reminder of how international justice can be achieved through international collaboration. We call on all Member States to assist the Mechanism; it is our collective responsibility to seek justice for victims and our obligation under the Charter of the United Nations to cooperate with the Mechanism.

We commend the Mechanism’s efforts to progress and minimise delays the Mladić and Stanišić & Simatović cases. We note the progress made between countries of the Balkans region in the transfer of cases. However, regional judicial cooperation in the Western Balkans remains inadequate, which has direct implications for achieving justice for victims. Furthermore, we echo the Prosecutors call to countries in the former Yugoslavia to register criminal convictions entered by the ICTY and the Mechanism into domestic criminal records. Honouring the commitments they made when they signed the Joint Declaration on War Crimes at the 2018 London Western Balkans Summit and committed themselves to “recognising and respecting verdicts from international and domestic courts relating to war crimes and other atrocity crimes”.

The UK remains deeply concerned that glorification of war criminals and denial continue. It is reprehensible that individuals and groups continue to deny these events, and in some cases glorify the perpetrators and instigators of these heinous acts. The UK will continue to condemn denial and glorification in all its forms. The road to reconciliation is difficult, but we must accept the truth of the past to move forwards.

Mr President, 2020 has been a significant year for us all, but it has also been a year we have remembered. Earlier this year we marked one of the gravest anniversaries in European history, 25 years on from the Srebrenica genocide. Today we mark the anniversary of the end of the conflicts in Bosnia and Herzegovina. And it was only last year we commemorated the 25th anniversary of the events in Rwanda. After 25 years we want those who suffered as a result of these events to know that they remain at the forefront of our thoughts: the survivors, the victims, and those still missing and their families remain a priority for the United Kingdom.

As time moves on we must all recommit to ensuring that impunity does not prevail. There is no time for complacency. There is still more work to be done by the Mechanism in relation to the awful events which took place in Rwanda and the territories of the former-Yugoslavia and States must continue to support it in that work.