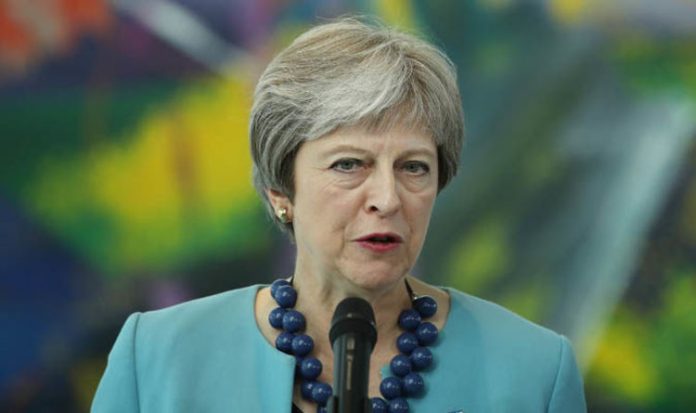 Mrs May is believed to have issued a ‘no-one is indispensible’ threat to her warring Cabinet and even used the young England team as a model saying any ministers resigning over her Brexit white paper will be quickly forgotten and replaced by a “talented new generation”.

The Prime Minister is holding crunch Brexit talks with her warring Cabinet about her EU divorce proposals at her country retreat.

But Downing Street sources have warned that any rebels will not be allowed to be taken home in ministerial cars if they resign.

Instead, they will be forced to book their own cabs to leave the remote Buckinghamshire estate and return to London.

In a humiliating move, they would have to walk down the mile-long driveway from Chequers before being driven away.

Number 10 chiefs have even left business cards for taxi firms in the mansion’s foyer.

This morning, a close ally of Mrs May said a “full reshuffle plan” was in place should any ministers choose to quit the Cabinet.

The Government source added: “Collective responsibility will be asserted at the end of the day.

“A select number of ego-driven, leadership-dominated Cabinet ministers need to support the PM in the best interests of the UK — or their spots will be taken by a talented new generation of MPs who will sweep them away.

“Taxi cards for the local cab firm are in the foyer for those who decide they can’t face making the right decision for the country.

“It is a cold world outside Government. One or two empty cars returning might be a sensible amount of blood-letting.”

Ministers could be kept at Chequers late into the night until they reach an agreement over their Brexit stance.