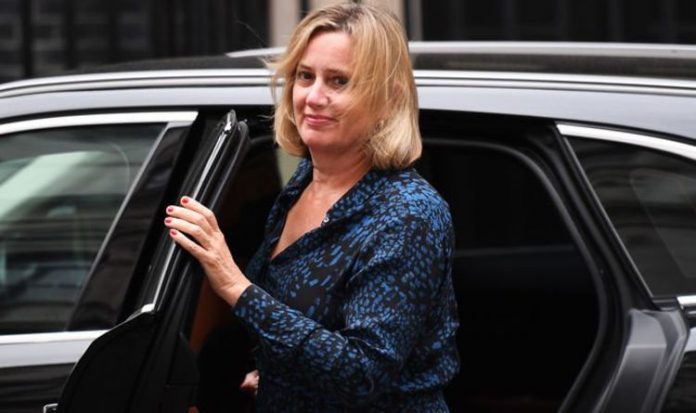 Hospitals: Nurse reveals staff have to ‘choose’ between patients

Charities have been calling for a change in the law to ensure anyone with a terminal diagnosis can have their claim for financial support fast-tracked. But more than 18 months after the Department for Work and Pensions announced a review of the system, it has still not been published. Labour MP Jessica Morden’s bill calling for changes was due for a second reading in Parliament today, but has now been postponed due to the pandemic.

Ms Morden said: “That’s the right thing to do. But dying people have already endured a long and frustrating wait for action and don’t have time to wait until the pandemic is over to get the fair access to support they need.”

Currently terminally ill people can only get fast access to benefits if a doctor states they have less than six months to live.

But charities Marie Curie and the Motor Neurone Disease Association said many people with unpredictable conditions cannot meet this requirement.

Estimating that 10 people die every day while waiting for a benefits decision, they are calling on the Government to scrap the six-month rule.

The Daily Express joined the fight with its Compassion For The Dying crusade.

Former work and pensions secretary Amber Rudd announced a review of the system in July 2019 after reading the Express’s heart-wrenching stories of those affected. But despite ministers promising last year that a change would be brought forward shortly, the review’s findings have still not been published.

Amber Rudd announced a review of the system in July after reading stories of those affected (Image: Getty )

It is understood it has been completed but is currently awaiting approval from the Treasury.

Ms Rudd said yesterday: “We have to do better at supporting people whose lives are coming to an end. Every day left is precious to each person and their family. Those days need to be free of negotiations with DWP. I urge speed and action now.”

Mark Jackson, policy manager at Marie Curie, said: “This is not one of those things we can stick a pin in and wait for Covid to be over. Every day we wait, more people are going to get a terminal diagnosis and have to struggle with the benefits system.

“That means more people dying without seeing the change they’ve campaigned for.”

Susie Rabin, from the MND Association, said: “We’re really disappointed. Over 3,000 people [with motor neurone disease] have died since the review was announced.”

A DWP spokesperson said: “Terminal illness is devastating, and our priority is dealing with people’s claims quickly and compassionately.

“Throughout the pandemic we have continued to ensure fast-track access to benefits for those nearing the end of their lives.”

Terminally ill people can only get fast access to benefits if they have less than six months to live (Image: Getty )

IMAGINE being told by your doctor that you have a terminal illness. In that moment, your life would change for ever – and you’d want to spend as much time as possible with your loved ones, making memories.

You certainly wouldn’t want to waste that precious time fighting to get the financial support you needed.

Unfortunately for too many dying people, that’s exactly what they end up spending their time doing.

People with a terminal illness are able to access fast-track support from the benefits system – but only if their doctor believes they have “less than six months to live”.

If they might have more time, or their doctor isn’t sure, they must face delays, intrusive medical assessments and complex forms to get the help they need – some die without getting any help at all.

This shouldn’t be happening. I have been campaigning alongside the Daily Express and the charities Marie Curie and the Motor Neurone Disease Association to reform the law and make sure all dying people get fast-track access to the benefits they need.

The Government says it accepts that change is needed, but more than 18 months after the Department for Work and Pensions announced a review of the law, dying people and families are still waiting for an answer.

Last July, I introduced a Ten Minute Rule Bill calling on the Government to address these issues.

Today it was due to be read for a second time, but Parliament has agreed to temporarily suspend sitting on Fridays to better follow government Covid-19 guidance.

That’s the right thing to do, but dying people have already endured a long and frustrating wait for action – and don’t have time to wait until the pandemic is over to get the fair access to support they need.

The Government says it accepts the case for change. If that is true, it should now publish the results of its review and then act quickly to change this unjust law.

Dying people have been waiting too long already, and for every day that we waste, more will die without living to see the change they have campaigned for.