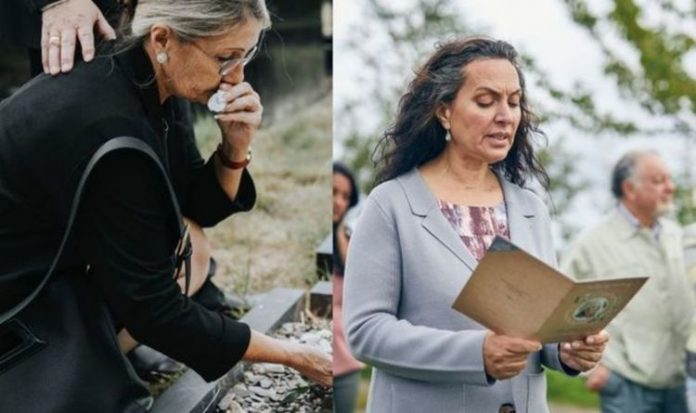 With music playing such a big part of life, it makes sense that it would make an appearance in death too.

The songs we choose for a funeral hold a significant and personal meaning for ourselves and our loved ones. And while the reasons for these choices are unique to each person, some songs are more popular than others.

Co-op Funeralcare has carried out an in-depth look at the ways we say goodbye with music having its own part of the study.

Nearly two thirds (62 per cent) of UK adults say they’ve been to a funeral where the deceased’s favourite music was played, while almost half (42 per cent) say they want their favourite songs to be played at their own service.

It’s no surprise that planning a funeral can be uncomfortable for some, but Co-op has  found discussing music is a great icebreaker into the topic.

The popularity of songs at funerals has even led to a #FuneralMusic charts that records the top ten most requested songs of that year.

In 2019, for the first time ever, no traditional hymns made the cut. ‘The Lord is my Shepherd’ and ‘Abide with me’, previously strong contenders in the funeral chart, were pushed out. In fact, Co-op has seen requests for organists to play at funeral services decrease by a third (33 per cent) in the last five years.

In terms of popular genres, pop proved on top by being the music of choice for 25 per cent of people surveyed, closely followed by classical (20 per cent) and rock (19 per cent).

A third (32 per cent) also said they would like music performed by a loved one.

In terms of the all important songs. Here are the top ten:

1. My Way by Frank Sinatra

To anyone who has listened to this offering by Old Blue Eyes, its place at number one won’t be much of a surprise. If ever a song encapsulates the highs and lows of a lifetime it’s this.

2. Time to Say Goodbye by Andrea Bocelli and Sarah Brightman

The only classical piece on the list but one that leaves goosebumps. This beautiful duet, which is sung – for the most part – in Italian, was originally written as a farewell to boxer Henry Maske on his final match. It has since been adopted as an anthem of love and devotion to a departed loved one.

3. Over the Rainbow by Eva Cassidy

Yes, Judy Garland made the song famous but it’s this version that is loved for occasion no-doubt due to its reflective tone and Eva’s haunting vocals.

4. Wind Beneath My Wings by Bette Midler

This tune is no stranger to the #FuneralMusic chart – topping it in the early 2000s. Written for the film Beaches which focuses on the ups and downs of a friendship over the decades, the song is a thank you to a loved one.

By comparison to many on the list, this pop hit is more upbeat. Not particularly about anyone, the song was inspired by ‘the thoughts that loved ones who have passed on come back and take care of you’ according to Williams.

Written for a late grandmother as a song ‘to really make you cry’, it’s no wonder this heartfelt-yet-honest account of loss has become a firm funeral favourite.

Every loved one that leaves us leaves behind their own unique legacy and wonderful memories of them – something that is perfectly captured in this 50s tune.

8. You Raise Me Up by Westlife

A popular choice particularly for a maternal or paternal figure, this ballad is another that expresses thanks for the part a loved one has played in someone’s life however bittersweet.

This wartime ditty has been a strong choice for sometime and its longevity proves it’s not just down to nostalgia. Though a sombre subject, the song conveys clear optimism that we are not parted forever – a comforting sentiment for loved ones.

10. Always Look on the Brightside of Life by Eric Idle (Monty Python)

The one thing us Brits are good at is finding the funny side of a dark situation and if ever there was a song that did that it’s this classic sing-along from Monty Python’s Life of Brian.

We’re here to help you arrange the funeral you want, in the safest possible way, so you can say your best goodbye. To find out more visit coop.co.uk/funeralcare