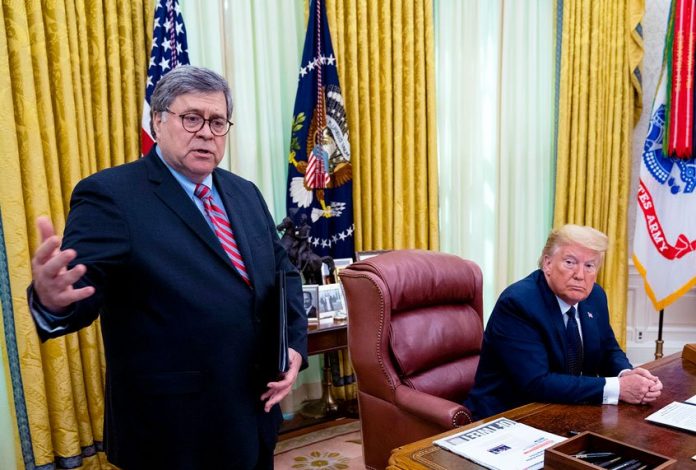 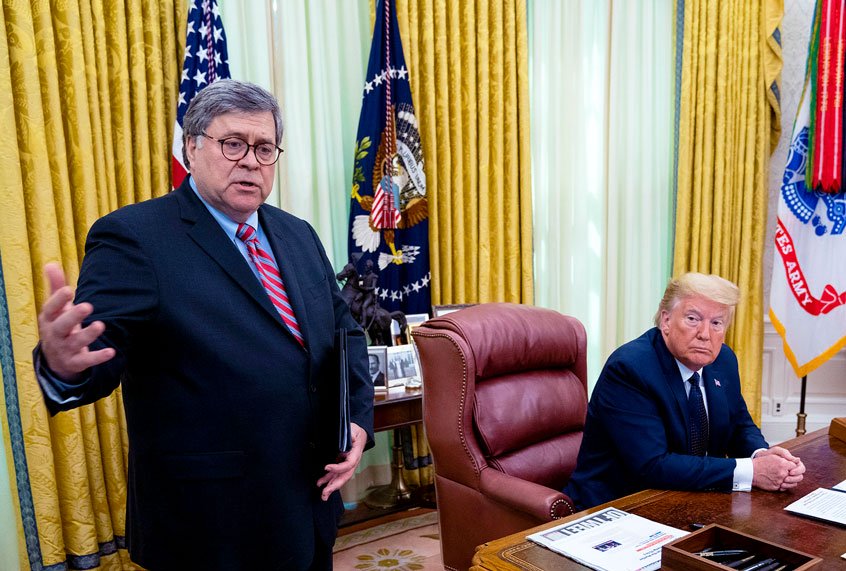 Magically, as soon as federal agents withdrew from Portland, the rioting disappeared.

As restrained Oregon state police took the place of federal agents around the Mark O. Hatfield federal courthouse downtown, the protests were peaceful and, people went home rather than engage.

Let’s just roll back the clock here: Donald Trump, Atty. Gen. William P. Barr and Homeland Security had insisted they needed to send in more than 100 federal marshals and immigration police to protect the courthouse from rioting protesters. The protesters widened a focus on social justice to object to the presence of unmarked federal agents in an abuse of presidential power, and a small number were throwing bottles and starting fires in response.

Even from afar, it all felt like a stage set for campaign ads for Trump to argue he is the Law & Order candidate protecting our cities from Them, rioting by organized leftists.

Then came a deal this week with Oregon Gov. Kate Brown to use state police instead, and suddenly, no rioting, no tear-gassing or pepper balls aimed at moms, no snatching of citizens from city streets into unmarked vans.

Indeed, there were no reported sightings of the state police, and plenty of reports of a congenial atmosphere on the two downtown blocks near the courthouse. From the reporting there, both police and protesters seemed surprised that there were no issues at all,

Maybe Trump should give up more often.

On the other hand, the excesses of this Trump as Crime Dominator campaign are on the move. Under somewhat different justification, federal agents are on the move, set to deploy next in Chicago, where the targets are gangs that have been having another bout of shootings lately.

How exactly this is a federal problem is unclear, except for the idea that Trump, who appears to be behind in his reelection attempt, needs the image projected as a strong enforcer of laws – so long as they do not apply to him or his associates. The recent ads aimed at “suburban housewives” are thinly disguised racially tainted demands for order. And this week, at congressional hearings, Barr repeatedly, cooly asserted that deployment of aggressive federal agents is warranted and legal.

It also has come to light that Homeland Security has been compiling “intelligence reports” about the work of journalists covering protests in Portland to determine who has been writing about leaks from that department about the staged enforcement. The department’s Office of Intelligence and Analysis has been sharing three Open Source Intelligence Reports to federal law enforcement agencies and others, summarizing tweets written by two journalists — Mike Baker, a reporter for theNew York Times and Benjamin Wittes, editor in chief of the blog Lawfare — and noting they had published leaked, unclassified documents about DHS operations in Portland, memos obtained by The Washington Post.

Doing so is alarming, and the disclosures prompted Chad Wolf, acting Homeland Security secretary, to order a halt to the practice and launch an investigation of how it came about. Wolf disowned going after journalists. Such unclassified DHS intelligence reports are usually used for sharing worries about foreign operatives. By law, U.S. citizens are supposed to be protected from such snooping by the First Amendment.

More directly, however, the fact of these memos is useful in determining that the whole point of the federal deployment was not what Trump and Barr have said was the justification.

Indeed, former and current Homeland officials told The Post these files on journalists were pointless from a policing point of view.

According to The Post, officials familiar with the intelligence efforts, said they are consistent with the department’s aggressive tactics in Portland, and with pushing the boundaries of acceptable enforcement to target “antifa” protesters to meet Trump’s expectations.

The memos were assembled by the department’s Intelligence and Analysis Office, which apparently is viewed both as a bit rogue whose reports are largely based on unclassified, often public sources of information that current and former officials have said are of limited use.

During operations in Portland, the office has sought to expand its reach. Earlier this month, collecting information on protesters who threaten to damage or destroy public memorials and statues, regardless of whether they are on federal property – the original justification for deployment.

Among the leaked memos written about including one indicating that camouflaged federal agents sent to stop unrest in Portland did not understand the nature of the protests they were facing.

All of this tumult fits with a Trump strategy of seeking to undermine the work of journalists, even while seeking to exploit the media for unquestioning publicity.

Anywhere else they would call this approach propaganda.

So, maybe we should celebrate a president who can make rioting disappear just by pulling his federal agents out of a U.S. city.

The post The streets are quiet again, thanks to Trump and Bill Barr backing down appeared first on Salon.