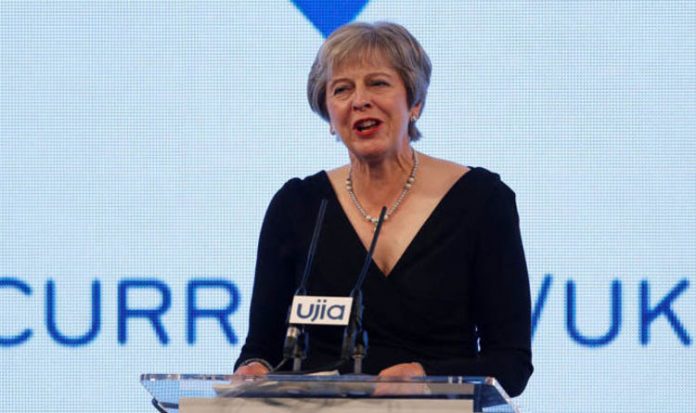 She addressed a dinner held by the United Jewish Israel Appeal, which builds links between British Jews and Israel though education and exchange programmes and also works to boost Arab-Israeli relations in Israel.

Labour has been mired in rows over its leadership’s failure to get tough on anti-Semitism among party supporters and its initial reluctance fully to accept international definitions of anti-Semitism.

Mrs May told her audience: “I have come here tonight as Prime Minister of our country to say that I stand with you.

She was “sickened” that Jewish people in Britain feared for their futures and she did not underestimate the threat posed by those who promoted anti-Semitism.

But she added: “I do not believe those voices speak for the vast, overwhelming majority of people in our country.

“I do not believe they speak for the liberal, tolerant democracy where we, together, have made our home.

“And most importantly, I do not believe that those voices will ever win.

“Together, we will defeat the scourge of anti-Semitism and hatred in all its forms.

“And together, we will proudly support Israel as the homeland for the Jewish people.”

She also said young Jews must be given the confidence to be proud of their identities as British, Jewish and Zionist.

Mrs May argued that it was wrong to suggest there was a contradiction between those things, or that Israel was a “racist endeavour”.

Mr Corbyn earlier this year argued that Labour members should be allowed to criticise Israel – although it is in the international code as an example of anti-Semitism.

In a barely coded message to Mr Corbyn, Mrs May said: “Let me be clear: you cannot claim to be tackling racism, if you are not tackling anti-Semitism.

“And that mission begins by being clear about what anti-Semitism is. That is why the government I lead was the first in the world to adopt the definition of the International Holocaust Remembrance Alliance.

“Because of this definition, no-one can plead ignorance or hide behind any kind of excuse.”

“And criticising the government of Israel is never, and can never be, an excuse for hatred against the Jewish people.

“No excuses, means no excuses.”

Mrs May said she was proud of Britain’s role in creating Israel and looked forward to striking an “ambitious” post-Brexit free trade deal with the country and maintaining strong security links. 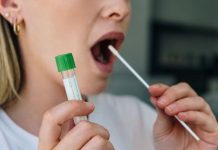 Quick COVID test: When is the rapid testing kit coming to the UK? (Reports) 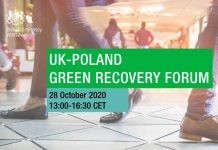 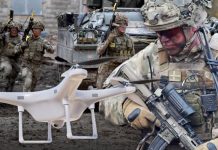