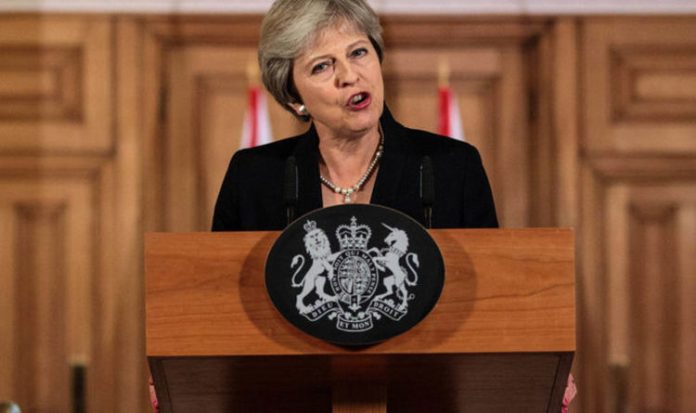 And she said her ambition is not just to get Britain out of the EU but to use the chance to radically change the country.

However, a new poll shows that just one in three people wants her to remain in No 10 after Brexit Day in March.

Talking before last week’s meeting with other EU leaders in Salzburg, Mrs May said: “This isn’t just about Brexit…there is more to do. It’s about ensuring people feeling they can get on in life and the system works for everyone.”

Mrs May admitted her job was intensely stressful but remained “a privilege” to do.

“In politics, every week brings its ups and downs – every walk of life has its stressful moments.”

The PM said she coped by constantly reminding herself of her reasons for doing her job.

“The important thing is to remember that it’s a huge privilege but also a huge responsibility.

“Part of that responsibility is delivering on the vote that we gave on Brexit.

It’s also about ensuring we can take the country forward in a way that does work for everyone,” she said.

Mrs May said she remained dedicated to delivering her vision of “the British dream” outlined in her Tory conference speech last year.