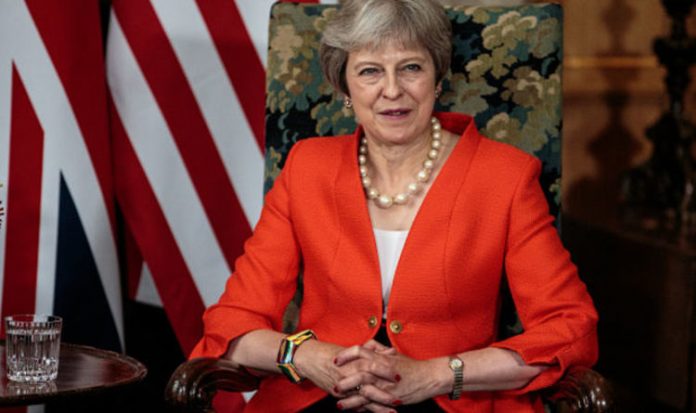 At a top secret Downing Street meeting, Mrs May’s Chief of Staff Gavin Barwell floored Brexiteers by saying the Prime Minister is so convinced by her soft Brexit document that even if the Northern Ireland border was not an issue she would proceed and deliver it anyway.

Mr Barwell said Mrs May did not view the Northern Irish border as a decisive factor in her negotiating with the bloc’s chief negotiator Michael Barnier despite others pleading with her otherwise.

Mr Barwell, who campaigned to remain in the EU during the June 2016 referendum, insisted it would make sense to stay closely tied to Brussels even if the UK did not have to in order to dodge a hard customs border with Belfast.

He also pledged there were “economic arguments” beyond the border riddle that meant Mrs May’s soft Brexit would make sense regardless.

But fuming Tories have blasted the White Paper as a compromise that would not exist had the Irish border debacle never come about.

A source told the Sun: “Gavin told the briefing that even if the Northern Irish border was not an issue, because of the economic situation, there is an argument to be made that we should do this type of alignment anyway.

“He said ‘It’s not just the Irish border but the economic arguments as well.”

Unlike the UK, the Republic of Ireland has no plans to leave Brussels, meaning post-Brexit the UK’s only land border will also be an external one affecting both immigration and trade.

The issue circles around whether border controls will be re-established after Britain leaves the EU in March 2019.

When draft proposals were drawn up in the immediate aftermath of the Brexit vote, the riddle of the Irish border was not taken into account.

The EU proposed a “common regulatory area” comprising the EU and Northern Ireland.

But this was met with fury by Brexiteers because it would mean Northern Irish territory would be considered to be in the customs union.