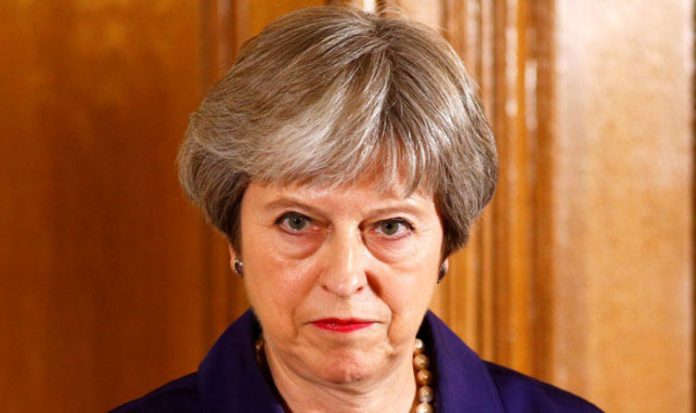 With support for Mrs May’s proposals and her premiership evaporating in Parliament, it is understood that five Tory MPs are actively collecting signatures to hold a vote of confidence in her leadership.

The concerns about the Chequers plan have been confirmed by a group of academic experts at the Brexit Centre at Birmingham City University who have concluded that it is “Brexit in name only”.

After looking at the government White Paper, Professor Alex de Ruyter, Director of the Centre for Brexit Studies, said: “The plan appears to be exiting the European Union, whilst maintaining many of the same rules and freedoms that we currently subscribe to.

“The plan envisions that we will still participate in EU agencies that provide authorisations for goods in highly regulated sectors – namely the European Chemicals Agency, the European Aviation Safety Agency and the European Medicines Agency – accepting the rules of these agencies and contributing to their costs.”

Meanwhile, Jacob Rees Mogg, the leader of the influential Brexiteer European Research Group, has confirmed that he and his supporters will oppose the proposals making it unlikely it will be accepted in Parliament, even if the EU agrees to it.

In another damning indictment, the Brexiteer, who is many people’s favourite to take over as leader, said: “This White paper has not needed age to turn yellow.

“There are very few signs of the Prime Minister’s famous red lines and it is a bad deal for Britain. It is not something I would vote for nor is it what the British people voted for.”

He went on: “In particular this paper sets out that the UK will be subject to EU laws while having no say in their creation.

“The Common Rule Book will not be Common it will be EU law, interpreted by the EU Court with the UK subjected to EU fines for non-compliance.”

Mr Jones, who was deeply involved in EU negotiations until the 2017 election, said that Mrs May’s proposals have made a “no deal” on World Trade Organisation (WTO) rules the most likely outcome.

He said: “Chequers is looking very much as if it is now unravelling.

“It will be interesting to see what the White Paper has to say but I think it is very unlikely that the mood within the parliamentary party is going to change.

“The Government now has got to go back to the drawing board, it has got to reflect on what Brexit actually means. It has to reflect on the issues of the three red lines (leaving the single market, customs union and remit of the European Court of Justice), which I believe most Conservative MPs want to see reinstated and it has got to come up with a position which accommodates that.”

Conservative MPs have said that they are waiting for Boris Johnson to make an intervention on Monday, although sources close to the foreign secretary have denied he is “rabble rousing” against the Prime Minister.

But there is speculation that more ministers may resign on Monday while Mrs May hopes to hold on to recess on Wednesday to avoid a leadership challenge over the summer.

An MP, who is understood to be collecting the 48 signatures required for a vote of confidence in her leadership, said he is “very confident” that they will be in shortly.