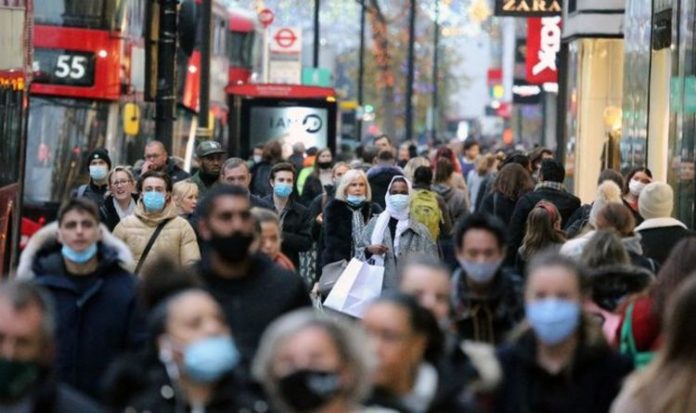 The new, revised tier system has seen 99 percent of the country fall into the toughest two categories, Tier 2 and Tier 3. More than 55million people will be banned from mixing in households indoors while the Isle of Wight, Isles of Scilly and Cornwall are the only areas in England to be placed in Tier 1. Large swathes of the Midlands, North East and North West are in Tier 3, which accounts for 41.5 percent of the population, or 23.3million Brits.

When will the Tier system be reviewed?

The Tier system came into force on Wednesday and is expected to last until the Spring, according to the Government.

The first review of the Tier system will take place on December 16.

The review will consider the opinions of local public health directors, with a final decision on whether any changes will take place being made at a Cabinet committee.

Areas which are approved for Tier changes will see the switch take place on December 19.

Across England, all the Tiers will be reviewed every two weeks.

After the fourth review on January 27, the Tier restrictions will be brought to another Parliamentary vote.

Even though the vast majority of the country is in Tiers 2 and 3, the Prime Minister has assured MPs it will be possible for districts to move down if infection rates reduce.

The Government says it used different factors to make Tier decisions, including case detection rates in all age groups, the rate at which infections are rising or falling, and the strain it will have on the NHS.

When will the Tier system end?

It is as of yet unclear when the Tier system will definitively come to an end.

Foreign Secretary Dominic Raab said on November 29 the Tier system could be phased out by February 4.

This, however, is contingent on the most vulnerable in society getting protection through vaccinations.

Speaking on Sky recently, Mr Raab said it was hoped the news of the vaccine would enable England to move into a new phase by February.

He said: “We think by the spring, we don’t know, but we think we will be able to move to a whole different world because the vaccine will have been distributed to key workers and the most vulnerable.”

Professor of experimental medicine at Imperial College London, Peter Openshaw said it would be a “terrible mistake” to relax restrictions just months before vaccines “start to have an effect”.

He said: “We scientists are very concerned indeed about relaxing precautions at this stage.

“The rates are still too high, there’s too many cases coming into hospitals, too many people dying.

“And if we take the brakes off at this stage, just when the end is in sight, I think we would be making a huge mistake.”