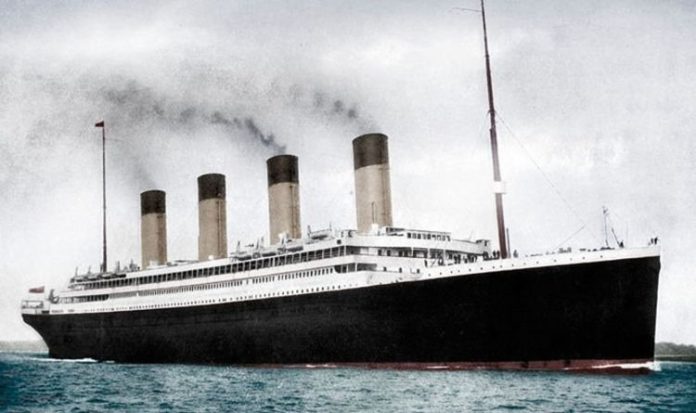 The British passenger liner, operated by White Star Line, famously sank into the North Atlantic Ocean more than a century ago. Titanic, which was transporting an estimated 2,224 people, struck an iceberg during her maiden voyage from Southampton to New York City. More than 1,500 people lost their lives on the “unsinkable” vessel in one of modern history’s deadliest commercial marine disasters.

But YouTube channel ‘Bright Side’ claimed it could have been avoided had the chief officer had access to a single key during their ‘A man who failed to save the Titanic’ series.

The narrator said: “Titanic was a catastrophe to come out of a long chain of unfortunate events.

“The chain that would decide its cruel fate started with a tiny key.

“It seems like such an insignificant little thing, so trivial that the man who had it on him completely forgot to hand it over to the person who needed it at a critical moment.

“That man was 37-year-old David Blair, and he was holding the key to the locked cabinet where all the binoculars for the lookouts were stored.”

The documentary went on to explain how there was a change in the crew before Titanic’s departure from Southampton.

It added: “There’s nothing unusual about the keys being with this man because Blair was to be the Titanic’s second officer.

“He’d worked on the ship during all the test runs, and up until she was ready for departure, he was supposed to be on board for the voyage.

“But, as fate would have it, just before the ship was ready to depart, there was a last-minute change of plan.

“Binoculars were of vital importance, they were the only way to detect potential dangers early while navigating.”

Without access to the binoculars, the lookouts in the crow’s nest were forced to rely on their eyes and only saw the iceberg when it was too late to take action.

Fred Fleet, who survived the disaster, later told the official inquiry into the tragedy that if they had had binoculars they would have seen the obstacle sooner.

When asked by a US Senator chairing the inquiry how much sooner, Mr Fleet replied: “Enough to get out of the way.”

The importance of the key was only revealed 95 years later after it was put up for auction.

Alan Aldridge, of auctioneers Henry Aldridge and Sons in Devizes, Wilts, said in 2007: “We think this key is one of the most important artefacts from the Titanic to have come to light.

“It is the key that had the potential to save the Titanic.”

According to the US inquiry into the sinking, Mr Fleet recalled seeing Mr Blair with binoculars during an earlier trip from Belfast to Southampton.

Asked where Mr Blair’s glasses went, Mr Fleet replied: “We do not know. We only know we never got a pair.”

But the key may not have entirely saved the ship.

According to an alternative account, it may have unlocked the crow’s nest telephone.

Why the crew did not have access to the binoculars remains a mystery.