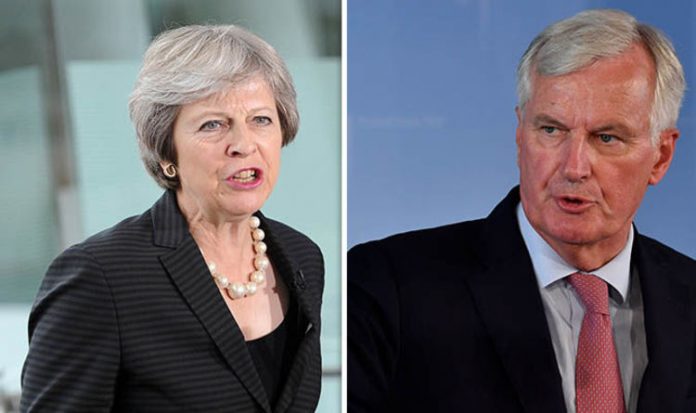 Nick Boles, Conservative MP for Grantham and Stamford, launched his plan for “not a softer, not harder, but better” Brexit.

He said: “This autumn Britain faces a terrible choice: between the humiliation of a deal dictated by Brussels; and the chaos of crashing out of the EU next March with no deal.

“But it is not too late to change course.”

Arguing his new proposal will be able to unite both Remainers and Brexiteers, he explained the Better Brexit plan would consist in an orderly withdrawal from the European Union.

In an opinion piece on the Sunday Telegraph, Mr Boles said: “We should decouple from the EU gradually, parking temporarily in European Free Trade Association (EFTA) and the European Economic Area (EEA) before negotiating a long term relationship based on a free trade agreement.

“In short, we should try to emulate Norway’s relationship with the EU before moving to a position more like Canada’s.”

The Government and the negotiators should take four steps, according to Mr Boles’s plan.

First, the UK should “take back control of Brexit” itself, rejecting the terms agreed with Brussels on the two-year transition period that will see London bound to European’s rules without having a say in it.

The second step London should take, the blueprint of the MP’s plan states, is agreeing on remaining part of the EEA, which provides for the free movement of persons, goods, services and capital within the EU’s single market, for an interim period after March 29.

Arguing the backing of the EEA will strengthen the negotiating position of Britain, the blueprint added: “Freed from the shackles of a punitive deal and safe in EEA, [the government will] open negotiations of UK’s long term relationship with EU”.

Finally the country should prepare for trading on the terms set by the World Trade Organisation (WTO).

Launching his plan, Mr Boles pledged his support to the Prime Minister, praising Mrs May’s relentless attempts to deliver the will of the people.

But, he said, in this crucial moment for Britain he felt the need to “put my country first”, launching a plan that goes against Mrs May’s Chequers Agreement.

He said: “It is not easy to break with my Prime Minister, and the government which I support.

“I am an instinctive loyalist.

“I have never voted against my Government before.

“But during the summer it has become clear that the EU is not going to accept the terms of the Chequers Agreement, and is intent on treating it as an opening bid.

“Meanwhile meetings with key supporters in my constituency have brought home to me the dismay that many voters feel at what the Prime Minister is proposing.”

He said: “The plan I am setting out today represents our only hope of a better Brexit.

“After a busy few weeks consulting with lawyers, academics and other experts, I am certain that we still have time to make it happen.

“But MPs will need to move quickly and act decisively.

“If we wait until the New Year it will be too late.”