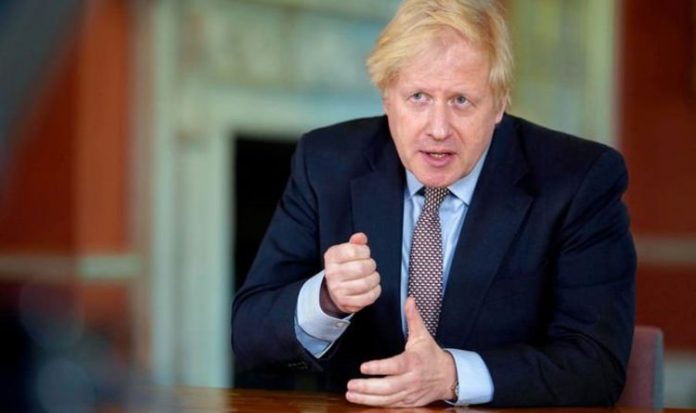 Between December 23 and 27, three households in the UK will be able to form a “bubble” to allow families to spend the festive season together. But Labour has warned this relaxing of rules could cause travel chaos.

More than two million people travelled by train between Christmas and New Year in previous years, as well as millions more by car.

To minimise the risk of overcrowding on trains, Labour is calling for the Government to scrap peak fares during the eased period.

The Opposition Party has also urged the Transport Secretary Grant Shapps to present a “comprehensive travel plan” to the House of Commons.

They are demanding the plan looks at the lifting of the travel restrictions.

Labour shadow transport secretary, Jim McMahon, said: “Families will be looking forward to travelling to see one another this Christmas after a really tough year.

“However, we cannot afford to be complacent.

“That’s why ministers need to come to Parliament on Monday with a comprehensive travel plan to ensure families travelling across the country are kept safe and chaos on our roads and rail network is avoided.

Mr Shapps urged the public to make plans “very carefully” and to “book well in advance”.

He said: “As some advance tickets go on sale and people begin to plan their journeys, we are closely assessing demand on the network and have already taken actions to minimise potential disruption.

“We are currently developing a plan focused on tackling disruption – including running longer trains and relaxing rules to allow more types of coaches to run.”

The RAC said its breakdown team was also planning its service to be busy over the “five days of Christmas”.

England is currently in the last few days of its second lockdown, which will end on December 2.

Once lockdown has lifted, the three tier system will be reimposed across the country.

Around 99 percent of the country has been placed in the top two tiers.