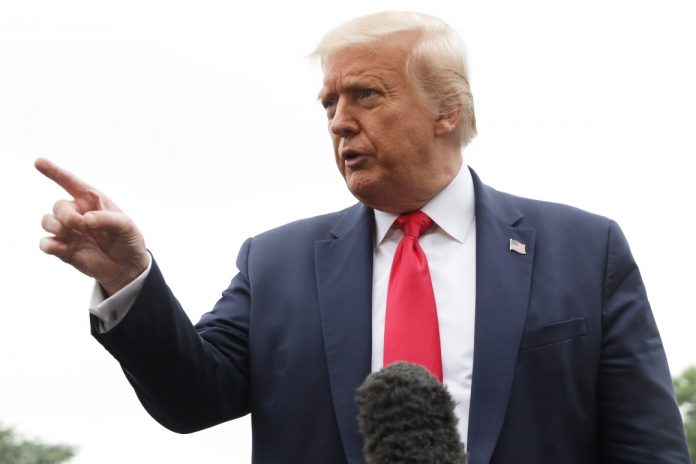 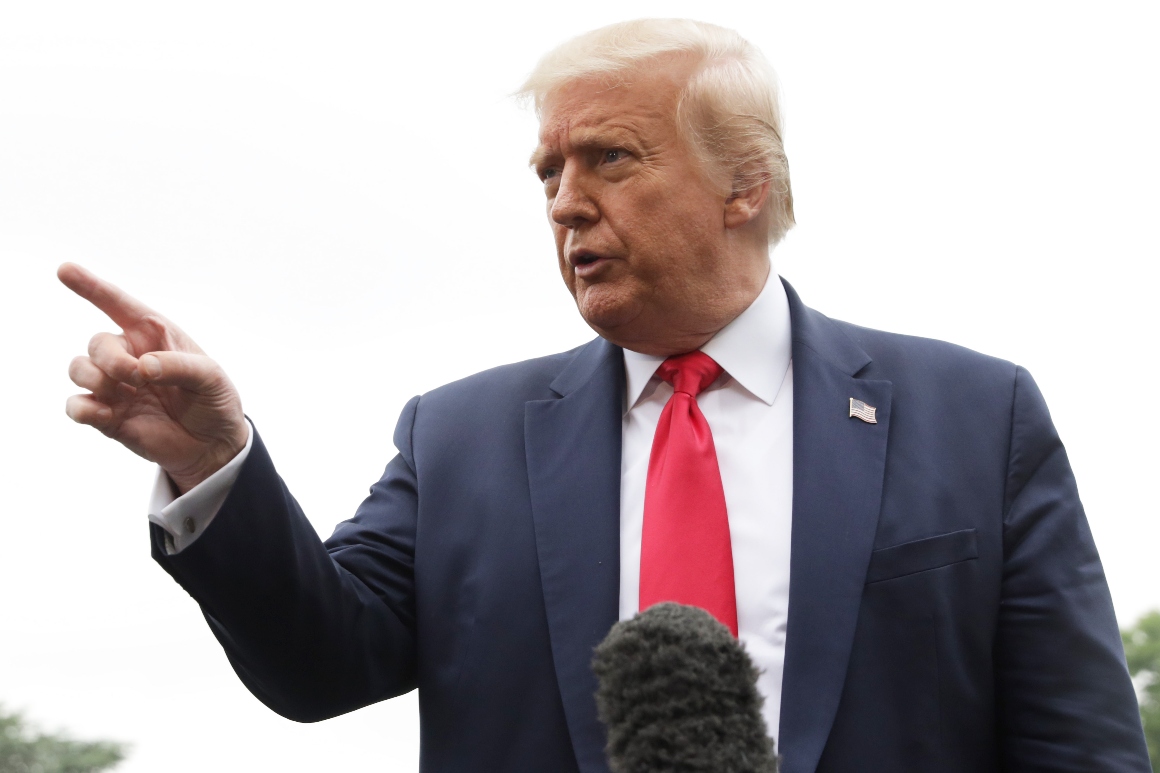 The media offensive comes after the president’s campaign went dark on television airwaves last week amid a reevaluation of its advertising strategy by Bill Stepien, Trump’s newly installed campaign manager.

“Joe Biden has embraced the policies of the radical left,” an ominous voiceover states, going on to criticize Biden’s positions on taxes, immigration and police funding.

“The radical left has taken over Joe Biden and the Democratic Party,” the ad concludes. “Don’t let them take over America.”

The other ad, called “Cards,” features a woman sitting silently on the edge of a bed, displaying a series of posters printed with sentences in block text.

Flipping through the messages, the woman reveals she is a mother of four and claims Biden has “embraced the policies of the far left.”

“I’m afraid to say this out loud … I won’t risk my children’s future with Biden,” the posters state, nodding to the “silent majority” Trump has credited with his rise to the White House.

The pair of spots will run on local broadcast and cable outlets, as well as on Spanish language channels, in North Carolina, Georgia, Florida, and Arizona — accompanied by a national cable buy, the campaign said in a news release.

In a statement responding to the new ads, Biden campaign spokesman Andrew Bates dismissed the Trump campaign as being “locked in a sad and pathetic cycle of bimonthly, shambolic message ‘resets’ — all of which are based on the same recycled lies that voters have seen through countless times before.”

The Trump campaign acknowledged Monday that it had “paused advertising for several days last week while undertaking a review of advertising tactics and has resumed with a smarter, more strategic approach that recognizes the staggered calendar presented in the 2020 election.”

Stepien said in a statement that although the “countdown clock may show 91 days left” before Election Day, “in reality the election starts a lot sooner than that.”

“In many states, more than half of voters will cast their votes well before Election Day and we have adjusted our strategy to reflect that,” Stepien said. “Joe Biden is continuing to spend millions of dollars a week in states that won’t come online for two months and we encourage him to keep at it.”

Notably absent from either ad debuted Monday by the Trump campaign is any reference to Biden as “Sleepy Joe” or “Beijing Biden,” pejoratives previously used by the president’s reelection effort to cast doubt on Biden’s mental acuity and accuse him of unsavory ties to China’s communist government.

In an interview Monday morning on Fox News, Stepien also described Biden exclusively as a “pawn of the radical fringe” of his party and an “empty vessel of the radical left.”

“I think you need to judge Joe Biden by the people he’s surrounding himself with,” Stepien said. “At every step of this campaign, at every mile marker of this campaign, he has kowtowed to the radical left of his party.”

Since Biden became the presumptive Democratic nominee in June, Trump has seemingly struggled to define the former vice president, who ran a comparatively moderate primary race and has largely avoided verbal stumbles as he campaigns for the most part from the basement of his Delaware home.

Virtually all public polling shows Trump trailing significantly behind Biden nationally, as well as in the battleground states that propelled the president to office in 2016.