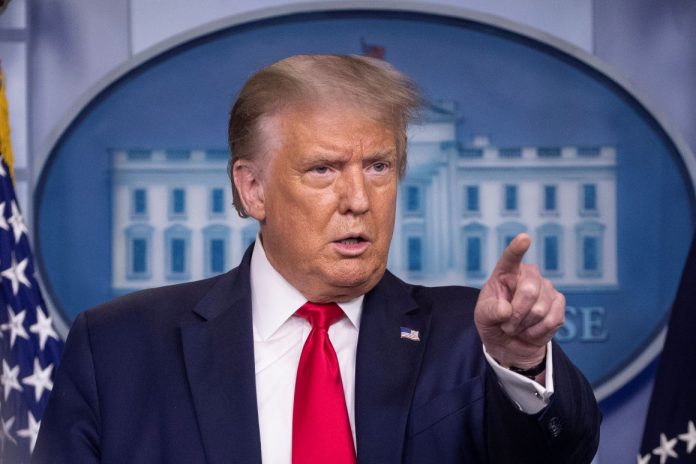 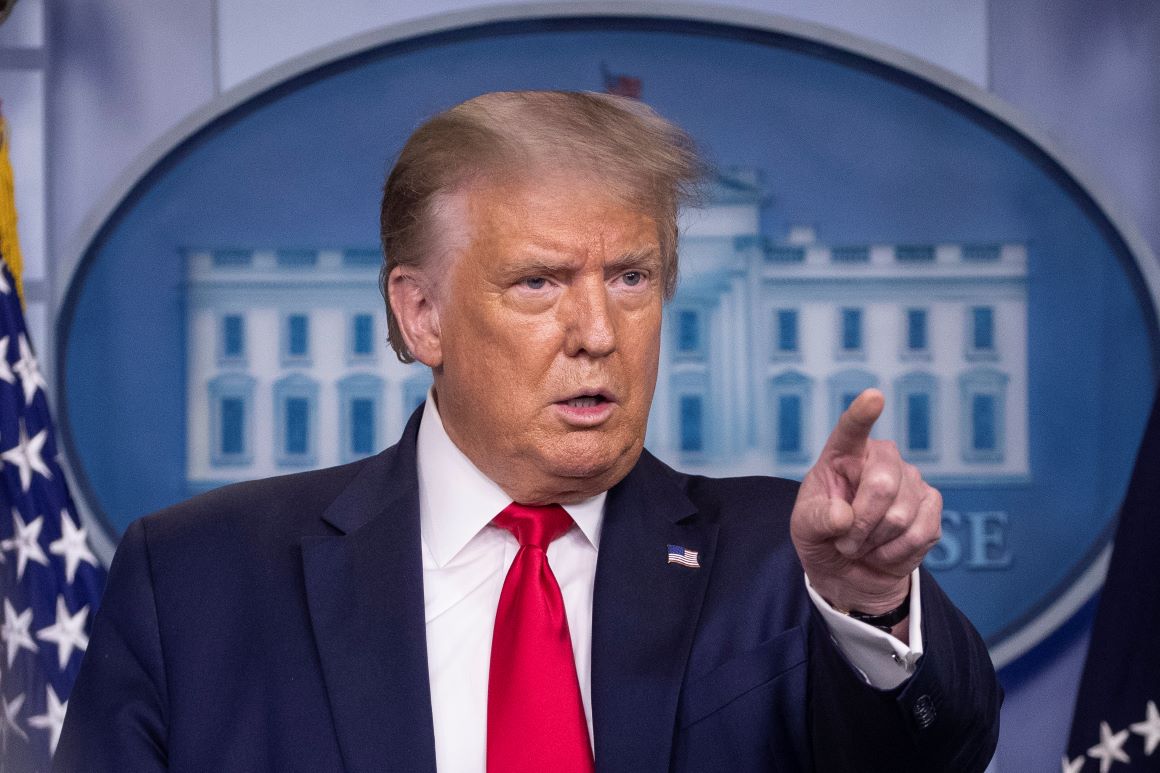 President Donald Trump on Monday claimed to have the authority to issue an executive order addressing the expected influx of mail-in voting in the November election and said he hadn’t ruled out doing so, in spite of the Constitution’s expressly giving states the right to run their elections.

“I have the right to do it,” Trump insisted, adding: “We haven’t got there yet, but we’ll see what happens.”

Trump made the assertion during a coronavirus briefing at the White House when pressed by a reporter from OAN, the far-right network that has been a vocal ally of the president, and as part of a broader tirade against mail-in voting amid a push to expand the practice during the coronavirus pandemic.

The president, who is trailing his Democratic opponent, Joe Biden, in the polls, has pushed aggressively for in-person voting despite the pandemic, even as state election officials have moved to expand access to mail-in ballots amid fears that long lines and close quarters at polling places could increase transmission of the virus.

Trump did not elaborate on what any such executive order on mail-in voting would entail.

But his suggestion that he has the right to wade into how elections are conducted in states runs counter to Republican orthodoxy. GOP lawmakers have in the past cited local election control for their opposition to congressional attempts to expand voting rights, as well as institute more stringent security measures.

And any order from the president to curb mail-in voting would surely face a flurry of challenges in court from voting rights groups.

POLITICO reported last week that a former Trump adviser who remains close to the campaign heard that an administration official had contacted an outside attorney to see whether the president could halt the U.S. Postal Service from sending out mail-in ballots, citing attempted fraud or foreign interference — though the attempt does not mean there is a plan to do so.

On Monday, Trump touched on the subject of a potential executive order only briefly, but repeated unsubstantiated assertions that mail-in voting is subject to widespread fraud and vowed to mount a legal challenge to block Nevada from issuing mailed ballots to all active voters.

But the assertion comes amid ramped-up efforts by Trump in recent weeks to sow doubt about the reliability of mail in-voting and, by extension, the November election. He even went so far last week as to float delaying the election until it is safer to vote in person — something he is not constitutionally empowered to do.

He has repeatedly issued warnings of chaos surrounding the use of mail-in ballots, predicting that the upcoming general election will be “the greatest election disaster in history” and pointing to a pair of New York City primaries that have yet to be called more than a month later. Trump has also accused the U.S. Postal Service of being unprepared to handle a surge of mail-in ballots, though the agency rejected that notion earlier Monday.

Despite the president’s repeated insistence to the contrary, cases of election fraud in the U.S. are exceedingly rare, though experts acknowledge that there are some slightly higher fraud risks associated with mail-in balloting when proper security measures are not put in place.

In November, 42 states and the District of Columbia will effectively allow for, at a minimum, no-excuse absentee balloting — meaning any voter, regardless of age, health or location on Election Day will be able to vote by mail should they choose to do so.

Even Republicans in swing states like Florida and Pennsylvania have urged voters to cast their votes by mail, while Democrats in Congress are pushing for the inclusion of billions of dollars in the next coronavirus relief package to help facilitate mail-in voting this fall.

An analysis last month of voting in three states that routinely and proactively mail every voter a ballot found that officials identified an infinitesimal amount of potentially fraudulent ballots.