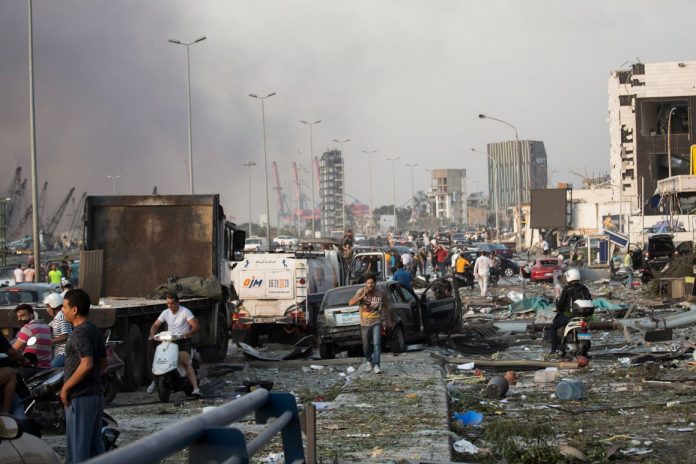 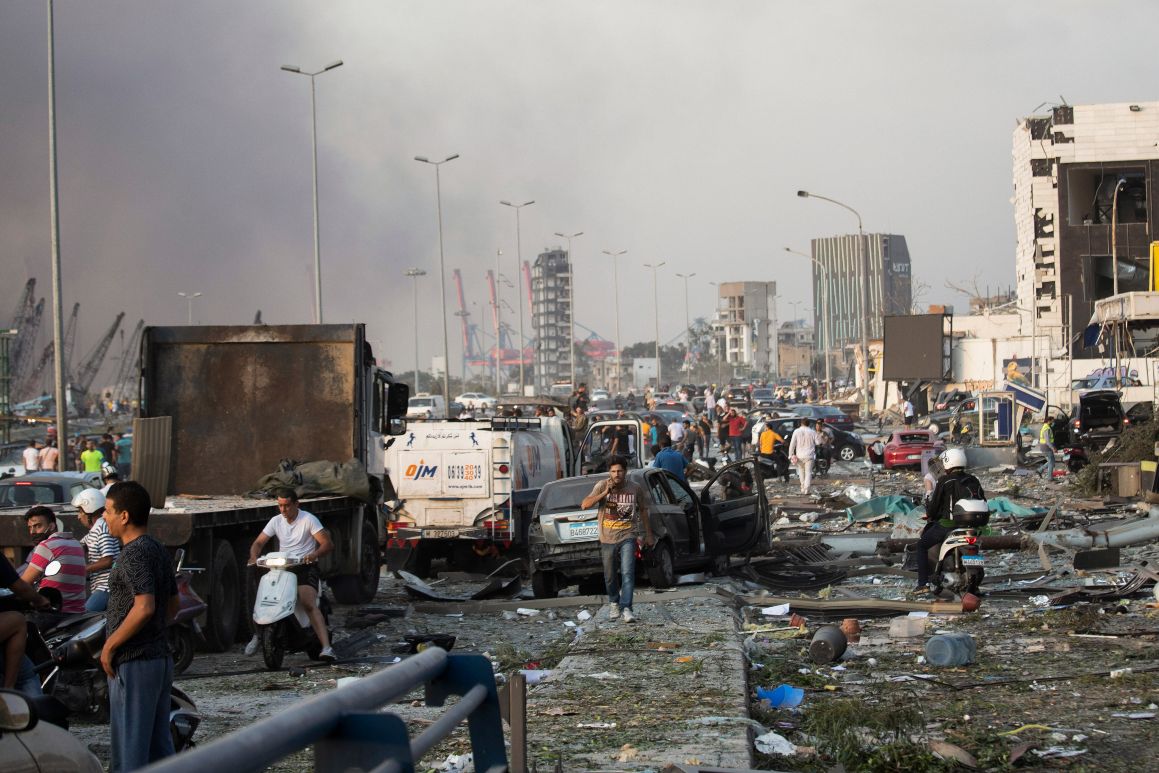 President Donald Trump suggested on Tuesday that a bomb attack was behind the catastrophic explosion that rocked Beirut earlier in the day, seemingly contradicting Lebanese officials’ explanations that it was caused by confiscated explosives.

The exact cause of the explosion was unclear Tuesday afternoon, but Abbas Ibrahim, chief of Lebanese General Security, said it was set off by explosive material that had been seized from a ship years ago, The Associated Press reported. The Lebanese interior minister also backed that explanation, saying the material was ammonium nitrate held in the port since 2014, Reuters reported.

Trump offered a more menacing explanation for the explosion. Citing briefings by the U.S. military, the president contended that the explosion was caused by a bomb.

“I met with some of our great generals and they just seem to feel that it was” an attack, Trump replied to a reporter’s question at a White House coronavirus briefing. “This was not some kind of a manufacturing-explosion-type of event. This was, seems to be, according to them — they would know better than I would — they seem to think it was an attack. A bomb of some kind.”

The Pentagon did not immediately respond to requests for comment.

Though the Lebanese officials didn’t say whether the detonation was intentional, President Michel Aoun of Lebanon said those behind it would be held accountable, according to the BBC.

Videos of the explosion showed severe damage across large swaths of the city. More than 50 people were killed and over 2,700 injured, Reuters reported. The U.S. Embassy in Lebanon warned citizens of potential toxic gases in the city.

Trump opened his daily briefing expressing his condolences to those affected by the explosion and said the United States would be ready to assist Lebanon in its aftermath.

“Our prayers go out to all the victims and their families,” Trump said. “The United States stands ready to assist Lebanon. We have a very good relationship with the people of Lebanon and we will be there to help. It looks like a terrible attack.”