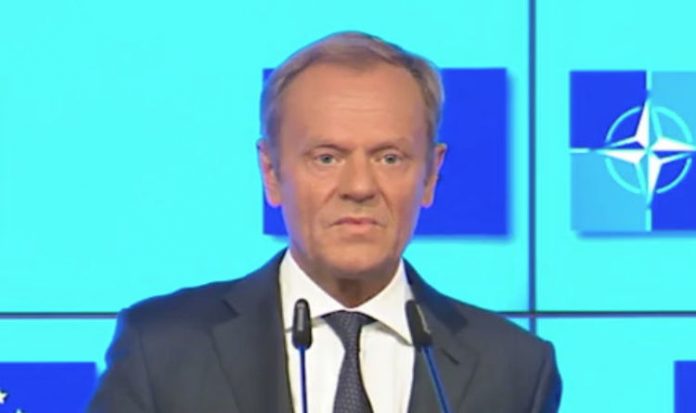 The EU’s most senior official joined a fiery feud between Mr Trump and Nato members, insisting the US President should appreciate his allies because he has so few across the world.

Air Force One is expected to touchdown in the Belgian capital later this evening ahead of the two-day summit at the military alliance’s new headquarters.

The US President has been incredibly vocal in his criticism of his fellow 28 Nato allies over the majorities’ failure to comply with the two percent targets.

“The US is spending many times more than any other country in order to protect them. Not fair to the US taxpayer.

“On top of that, we $151 billion on trade with the European Union. Charge us big tariffs and barriers.”

Speaking at a joint event to display the EU’s commitment to Nato, Mr Tusk sent a direct message to the American.

The European Council President said: “I would like to address President Trump, directly, who has been criticising Europe almost daily.

“America, appreciate your allies – after all, you don’t have that many.”

He later tweeted: “The US doesn’t have and won’t have a better ally than the EU.

“We spend on defence much more than Russia and as much as China.

“I hope you have no doubt this is an investment in our security, which cannot be said with confidence about Russian and Chinese spending.”