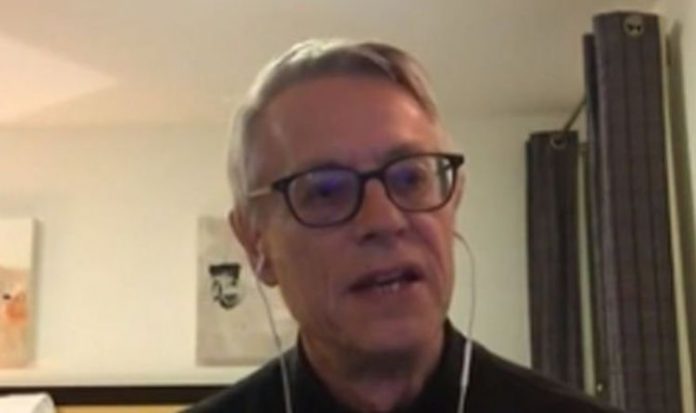 Robert West, who is a professor in Health Psychology at UCL’s Institute of Epidemiology and Health, has called Boris Johnson’s three-tier lockdown measures “draconian”. He warned there is no “permanent immunity” to coronavirus and the country has “wasted several weeks” not going into a circuit-breaker lockdown in September. Speaking to LBC, Mr West said: “With the levels of restrictions we have at the moment, which are pretty draconian and are ruining the economy, we’ll still see the R value above one.

“At the end, this virus is not one where you get it and you get permanent immunity.

“In fact as far as we can tell the immunity lasts no more than a few months, maybe a year or two.

READ MORE: The hidden symptom of COVID in your ears – do you hear this sound?

“You’re going to be back where you started in just a few months time.”

His comments come as people who have been told to self-isolate through NHS Test and Trace could have their contact details shared with police.

The Department of Health and Social Care (DHCS) said police forces will have access “on a case-by-case” basis to information, enabling them to know if an individual has been told to self-isolate.

It comes as the DHSC updated its online guidance on Friday about how coronavirus testing data will be handled.

He said: “Ministers’ decision to allow people’s Covid test data to be shared with the police is a huge mistake.

“Anything that further undermines the public’s dwindling trust in this Government’s handling of the pandemic is damaging, and few things could have been better designed to do that, than this.”

Sir Ed added: “Asking our already overstretched police service to take on this task is both self-defeating and a serious misjudgment.”