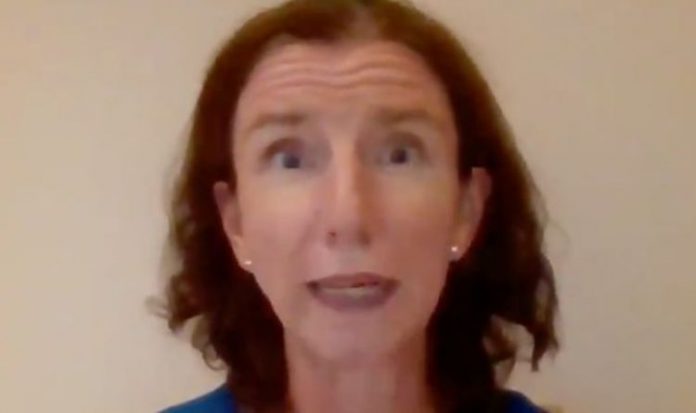 Speaking on BBC Newsnight, the Labour frontbencher claimed Chancellor Rishi Sunak’s economic plan fails to be a “well-targeted measure” in response to the effects of the coronavirus pandemic. She argued that the Chancellor’s job retention bonus is a “last ditch and rather panicked measure”. But the BBC Newsnight host Mark Urban challenged Ms Dodds on what her party’s response would have been were they in Government. He asked: “What you as Chancellor would have done differently or would be doing differently in the months ahead?

“Because Rishi Sunak seems to have pumped enormous amounts through the furlough scheme, rent holidays, VAT, stamp duty, Eat Out to Help Out.

“I mean there are so many different schemes involving hundreds of billions.

“Would you have spent more?”

The Labour MP said: “We wanted to see a wage support package like the furlough scheme that was brought in, we hoped it would be flexible from the start.

“But at least it was set up. The same with the self-employed support scheme and some of the loans schemes.

“We called for them, we worked with the Government to try and make sure they were put into place.

“But the critical time is now and making sure that public spending is appropriately targeted to protect our economic capacity.”

Britain faces a “long road ahead” to recovery after suffering the biggest hit so far from the pandemic of the major global economies, experts have warned.

READ  Surge testing to be deployed in an area of Brentwood

June’s 8.7 percent bounce-back in gross domestic product (GDP) means the economy is set to emerge from its record-breaking recession in the third quarter, but the sheer size of the contraction means it has further to crawl back.

Business groups and economists also cautioned the path of the recovery may not be smooth, given the threat of a second wave and possible further lockdowns, with a jobs crisis also on the horizon as Government support measures come to an end.

Melissa Davies, chief economist at Redburn, said: “There is a long road ahead for the UK economy to claw back its pandemic losses, all the while facing deflationary headwinds from large amounts of spare capacity and job losses.

He said: “The long duration of the lockdown in the second quarter, due to the Government’s slow response to COVID-19 in March, followed by its failure to prevent the virus from spreading from hospitals, was at the root of the economy’s under-performance in the second quarter.”

He warned the rebound will “peter out in the autumn” with further lockdowns likely.

He said: “The planned reopening of schools next month… probably will have to be accompanied by a renewed curtailment of economic activity in the services sector.

“Accordingly, we continue to expect GDP to be about 5% below its pre-COVID peak at the end of this year.”