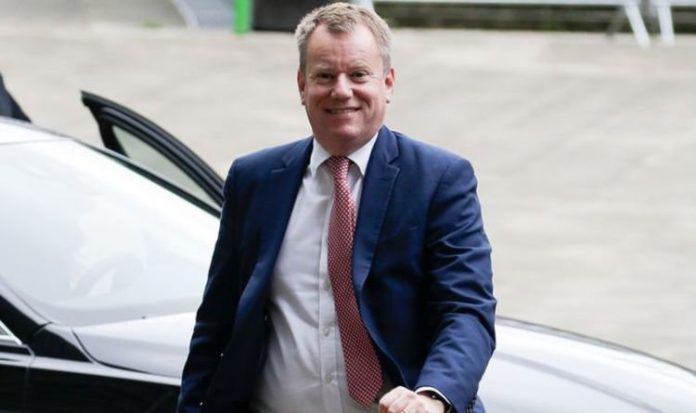 “As always, we go in good faith to talk constructively about all the issues. Our assessment is that agreement can be reached in September and we will work to achieve this if we can,” the head of the Prime Minister’s Taskforce Europe said last night on Twitter. Mr Frost said he was “looking forward to going to Brussels next week for round seven of the UK/EU negotiations with the European Commission.”

In a swipe at Mr Barnier, he added: “As we keep saying, we are not looking for a special or unique agreement.

“We want a deal with, at its core, an free-trade agreement like those the EU has agreed with other friendly countries, like Canada.

“The UK’s sovereignty, over our laws, our courts, or our fishing waters, is of course not up for discussion and we will not accept anything which compromises it – just as we aren’t looking for anything which threatens the integrity of the EU’s single market.”

His tone contrasted with remarks from Mr Barnier last month claiming a  deal was “unlikely” and accusing the UK negotiating team of intransigence.

The two chief negotiators will meet over dinner in Brussels on Tuesday in the latest attempt to make a breakthrough.

Next week’s talks are set to run until Friday with further meetings possible the following week.

The agenda for next week’s talks covers a series of key sticking points in the way to a trade deal including fishing rights and the EU’s demand for a so-called “level-playing field” on regulations.

The teams are attempting to conclude negotiations by October at the latest to give time for the EU to ratify any deal agreed before the end of the UK’s transition period runs out at the end of the year.

Irish premier Micheal Martin yesterday claimed there was a “landing zone” for a successful conclusion of the UK-EU trade talks.

After meeting Boris Johnson in Belfast, he said: “Where there’s a will, there’s a way.

“It seems to me that there is a landing zone if that will is there on both sides and I think it is.”

Around 50 British Government officials are expected to travel to Brussels for the talks.

They will be exempt from need to quarantine on return after the visit to Belgium, which has seen a recent surge in coronavirus cases, because they are travelling on official government business.