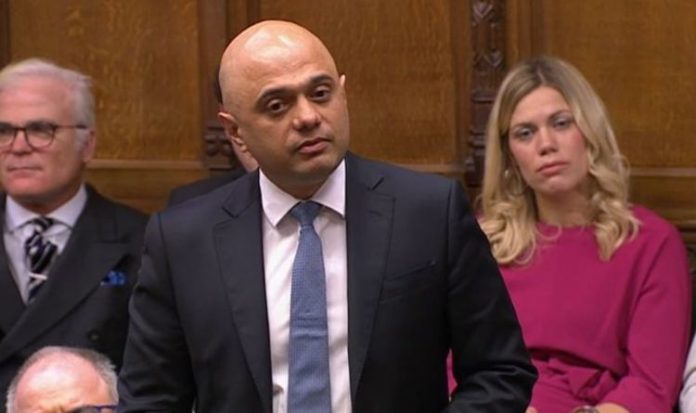 The former Tory chancellor yesterday backed a proposal to revive the Enterprise Allowance payments launched by Margaret Thatcher’s Conservative administration in the 1980s. Under the plan, any jobless person with a viable business idea and access to £2,000 in start-up capital would be eligible for the weekly cash.

Detailed proposals for an updated version of the allowance were floated by the Westminster-based think tank Policy Exchange to try to encourage a new generation of entrepreneurs to lead the recovery from the coronavirus pandemic.

Mr Javid spoke out as official data showed that the UK’s jobless total has surged to the highest level for three years.

In a foreword to the Policy Exchange report, the backbench Tory MP wrote: “The Government’s plan for skills – however impressive – will not be enough on its own.

“We must also maximise the opportunities for people to exercise what they’ve learned, particularly for young people who are likely to bear the brunt of this crisis.

“That’s why new entrepreneurship initiatives like the 2020 Enterprise Allowance detailed in this Policy Exchange report are so critical.

“The scheme would give a weekly allowance to anyone who doesn’t have a job but does have a viable business idea.

“It would provide access to the same mentoring, start-up workshops and assistance available under the New Enterprise Allowance.

“It has excellent potential for harnessing the entrepreneurial spirit of those who know how to take advantage of new sectors and changing markets.

“Young people, for whom the internet and social media is second nature, may well be one of the demographics best placed to do that.”

Tory peer Lord Young of Graffham, the architect of the original Enterprise Allowance during the unemployment crisis of the 1980s, also backed the idea.

He warned: “It is highly probable that we shall shortly face the highest increase in unemployment ever known.”

The report recommended that receipt of Enterprise Allowance should not affect an individual’s entitlement to Universal Credit. It called for the scheme to be targeted at people aged under 30.

In the 1980s, around a quarter of participants in the original Enterprise Allowance scheme were under 25.

In a preface to the report, Lord Young wrote: “I believe that the devastating effect of the pandemic upon business life in this country will open up whole new opportunities, for many of the changes that have taken place over the last few months will be permanent.

“I welcome Policy Exchange’s 2020 Enterprise Allowance because it embodies the best of the past: a simple scheme designed to harness the entrepreneurial spirit of the nation.

“Today we are facing quite unique conditions. The concept of the Furlough Allowance was brilliant, but it was based upon a V-shaped recovery, which, alas, was not to be and it is highly probable that we shall shortly face the highest increase in unemployment ever known.”

Warwick Lightfoot, head of economics at Policy Exchange and former adviser to three Tory chancellors, said: “The labour market has gone from being the Achilles’ Heel of the British economy to an example of how the UK has become one of the most flexible and adaptable of the advanced economies.

“The heart of this change has been the development of realistic pay bargaining institutions.

“In responding to an adverse economic shock, such as the present health emergency, the Government will need to ensure there is a benefits system that gets help to people when they need it and keeps them attached to the jobs market by an energetic and imaginative programme of active labour market measures.

“These should go beyond training and include an audacious enterprise agenda that supports people in starting their own businesses.”