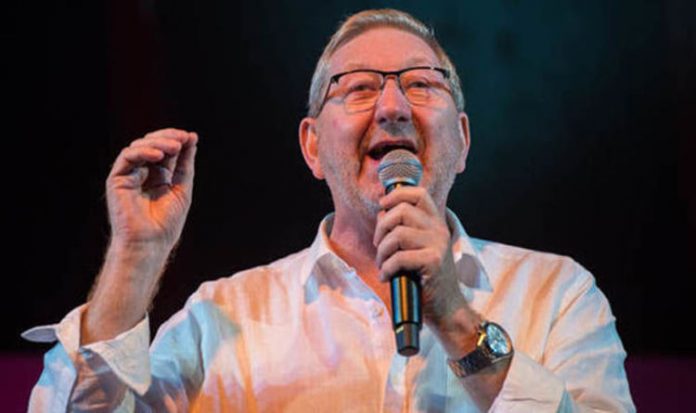 It was overwhelmingly agreed at the annual congress in Manchester along with a threat to “mobilise our movement politically and industrially to prevent” a no-deal Brexit with the EU.

The threat means that left-wingers in the movement could coordinate a wave of strikes across the country in a bid to derail Britain’s hard-won freedom from the EU.

The motion said: “Congress, recognising the real risk of a collapse in the talks, or a deal that does not deliver on the TUC’s priorities and, whilst respecting the outcome of the 2016 referendum, therefore calls for the option of a public vote to be kept on the table.”

In a further concession to Remainers, the motion also supported the option of staying in a reformed EU.

It said: “Congress also agrees that we must continue to fight for reform of the EU to promote the interests of workers across Europe.”

The words mirror Labour’s current policy of not directly promising a second referendum but leaving the option open to use at a later stage.

But it will put pressure on Jeremy Corbyn to move closer to promising another referendum as Remainers in Labour and the TUC push hard to reverse the historic Leave vote.

Meanwhile, Mr Corbyn refused to “call the dogs off” as he faced Labour MPs.

The Labour leader addressed the parliamentary party in a tense meeting of MPs and peers last night following claims by Labour MP Chuka Umunna that centre-left MPs are being run out of the party.

Just minutes before the meeting in a Commons committee room, it emerged Canterbury MP Rosie Duffield was facing a “vote of censure” because she complained about antiSemitism in the party.

But Mr Corbyn insisted: “It would be wrong for me to intervene in the democratic rights of any part of the Labour Party.”