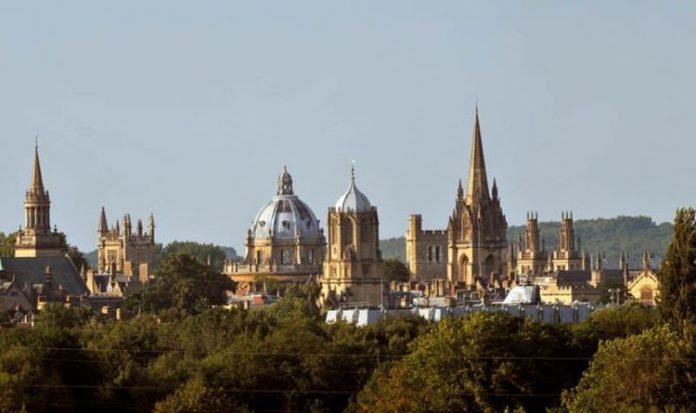 Students said they felt like they were “nothing but moneybags for universities” as their calls for help grew. The average pay among Russell Group university leaders – an association including the Universities of Oxford, Cambridge, Imperial College London and the London School of Economics – was £386,000 per year last year, a dip of 2.6 per cent. Imperial College London’s Alice Gast, who is the UK’s best-paid university boss, received more than £500,000. At least 46 vice-chancellors still had the same generous salaries in the 2019/20 financial year as they had the year before.

The Daily Express is campaigning for a reduction in tuition fees; rent rebates for students unable to live in university accommodation; and greater use of hardship funds.

Campaigners said the sky-high salaries for university chiefs are a slap in the face for students already struggling to make ends meet with “inadequate maintenance loans and all-time high tuition fees”.

Third-year student Anastasia Christodoulou, 20, said: “Students are being viewed as nothing but moneybags for universities, and it is unfair that they are the ones who have to feel the repercussions.

“I think it’s such an unjustifiable amount of money.

“I’m pretty sure the UEA vicechancellor earns £271,000, which is nearly twice the salary of the Prime Minister. It’s especially ridiculous that UEA has both staff and students that are struggling financially, and a student’s union that has also been struggling.”

Initially, many vice-chancellors took pay cuts as the virus ripped through the country – but then returned to full pay.

Some continued to receive huge rises despite the pandemic restricting the vast majority of face-to-face learning.

Critics branded the “eyewatering sums” a “source of shame” for the university sector.

Despite the huge sums, some universities have warned that the coronavirus crisis will lead to them going bust, with 13 facing “a very real prospect” of insolvency.

Joe Ventre, digital campaign manager at the TaxPayers’ Alliance, told the Daily Express: “Some vice-chancellors enjoy chauffeurdriven luxury limos – with hundreds of thousands spent on purchasing, maintaining or fuelling the Mercedes and Jaguars.

“Universities simply cannot continue to behave like it’s business as usual when it comes to ostentatious pay, pensions and perks.”

Tom Allingham, of Save the Student financial advice group, said: “Students are paying the full amount for a compromised experience, while many vice-chancellors are still earning a full salary and some have seen their pay increase.

“While their earnings are small fry compared to the total fees paid each year, it does feel like a bit of a slap in the face to students who were already hamstrung by inadequate maintenance loans and all-time-high tuition fees.

“That’s before you factor in the shift to online teaching and many students paying for accommodation they can’t use.”

Some Russell Group leaders did see their overall pay fall last year but Louise Richardson, vice-chancellor of Oxford University, was not one of them. Her basic salary was £374,000 in 2019-20 but her total package added up to £457,000.

Dame Minouche Shafik, director of the London School of Economics, took a voluntary 20 per cent cut in salary from June 2020.

Peter John, vice-chancellor of the University of West London, saw his salary rise by eight per cent to £320,000 and his overall package climb by 15 per cent to £393,000 – higher than many of the Russell Group leaders.

A spokeswoman said the increase was “based on the outstanding achievements of the university in 2018-19. These were driven by the vice-chancellor’s leadership.” Derby University said its vice-chancellor Kathryn Mitchell offered to take a cut to her £244,036 salary but the remuneration committee rejected the move.

Other universities whose bosses did not take pay reductions include Bath, Chester, Greenwich, Huddersfield, Leicester, Reading, South Wales and Winchester.

Only 22 university leaders take home smaller wage packets as a result of the pandemic.

Laura Rettie, vice-president of Global Communications at education consultancy Studee, said: “Students have had an incredibly difficult time and are rightfully feeling aggrieved.

“They’ve had a watered-down university experience but have had to pay full price. It’s not fair when they’ve essentially signed up to an online degree without knowing it.

“Other sectors have been forced to give refunds on things like flights and accommodation. Why are students not being treated the same?”

Accounts from the University of Exeter confirm that Sir Steve Smith, the vice-chancellor who retired last year, left with a £185,200 bonus for meeting the conditions of a “long-term incentive scheme”.

UCU general secretary Jo O’Grady said: “Eye-watering salaries for vice-chancellors whilst some staff struggle to make ends meet are a source of shame.

“Most staff have seen their pay held down whilst spending the year under huge strain working to support students during the pandemic.

“Too many staff are suffering from stress, anxiety, heavy workloads and job insecurity, and some universities have exploited the pandemic to cut staff.

“There is a gaping chasm between how they and vicechancellors have been treated. It is galling to see.”

Here are the bosses on over £1k a day

The world-renowned institution also spent £17,894 on her £2million Victorian mansion.

Professor Richardson enraged academics by comparing her financial package favourably to those of footballers and bankers.

But she has not taken a pay cut during the pandemic. Oxford has more than £4billion in reserves, while its constituent colleges sit on even more.

Professor Richardson quoted Nelson Mandela in support of the university’s controversial statue of Cecil Rhodes, the mining magnate and politician after whom its Rhodes Trust charity is named, saying: “Cecil John Rhodes and I would have made common cause.”

Last year the Texan, 62, was forced to apologise after an independent investigation into allegations of bullying.

Dozens of staff members gave evidence via Zoom during the summer. They are said to have complained she belittled and accused them of incompetence.

As a result, she and Muir Sanderson, the university’s chief financial officer, were offered coaching.

Prof Gast said she was “sorry that, at times, I made some senior staff feel unappreciated and left out. I am very sorry that I bullied someone”.

The chief, whose background is engineering, is on a number of advisory committees and boards such as the League of European Research Universities and the Mayor of London’s Brexit Advisory Panel.

Prof Gast is also on the World Economic Forum Global University Leaders’ Forum and the Advisory Board for the Centre for the Fourth Industrial Revolution.

LSE director Baroness Shafik earned a basic salary of £378,000 last year but took a 20 per cent pay cut in the pandemic.

However her net salary was still £8,000 more than the previous year due to a planned pay rise, according to university accounts.

The peer is a former permanent secretary at the Department for International Development and was deputy managing director of the International Monetary Fund.

When she served as Bank of England deputy governor from 2014 to 2017, Baroness Shafik was responsible for its balance sheet of more than £500bn.

‘WE’RE NOT JUST A WAY TO FILL PEOPLE’S WALLETS’

A “kick in the teeth” is how Harry Williamson described paying the same tuition fees for online learning.

The final-year University of Stirling student is also paying £410 every month for private accommodation he cannot use since moving home to North Lanarkshire at the end of last year.

The 21-year-old said: “Students are losing their jobs and struggling to save money, so paying the same for less is a kick in the teeth.

Harry Williamson says the high tuition fees are a ‘kick in the teeth’ (Image: Collect)

“Uni managers on six-figure salaries encouraged students to move into accommodation and pay rent. We’re not just a way to fill people’s wallets.”

On the money he is spending on accommodation, Harry, said: “If I could get it back, I would. Obviously, when I leave Stirling I don’t know what my job prospects are going to be.

“There’s literally nothing at the moment and anything that does come up has 200 or 300 people applying for it.

“So I just keep thinking that’s money I could be saving.”

Harry, who is studying journalism, said last term he had up to two hours of lectures each week – and sometimes just 45 minutes of recorded lessons.

He said: “One of the good things was that all the lecturers made themselves available if we wanted to arrange a chat. If I was ever struggling, all I had to do was drop my lecturer an email.”

She blames the Government for ignoring their plight.

Anastasia claimed her education at the University of East Anglia had “not been the same quality” as a result of the switch to online learning.

The 20-year-old said: “I think the Government hasn’t even mentioned university students throughout this. We’ve been completely ignored, which I think is ridiculous.

Anastasia, who is in her final year, felt “really sad” that she could not end her degree the way she imagined.

She said: “I have a couple more assignments, then my degree is finished. I haven’t been able to see some friends for six months. It’s not quite the experience we signed up for.”

She added: “Lecturers are doing their best but it doesn’t justify spending £9,250 for something that isn’t the same quality.”