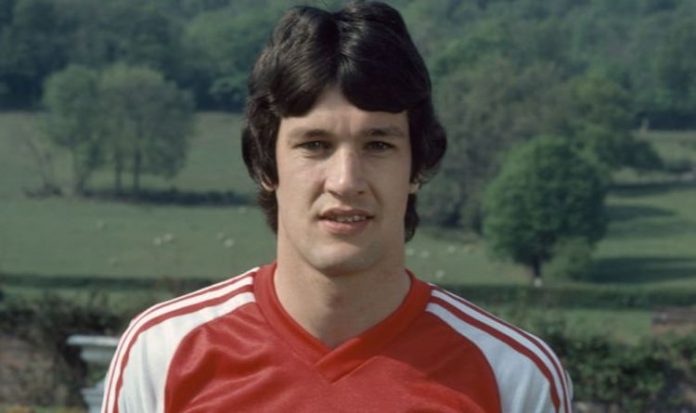 Defender Keith Pontin, 64, played for Cardiff City between 1976 and 1983, winning two caps for Wales. But he was diagnosed with dementia aged just 59 following concerns over his memory loss. His family believed it was caused by years of heading the ball, a link recognised by the inquest.

Senior coroner Graeme Hughes said: “His death may have been caused or contributed to by his work in that during his earlier life he was a professional footballer.”

Keith’s wife Janet, 52, of Pontyclun, South Wales, is now campaigning for football authorities to compile a register of former players with dementia in order to get a better picture of the causes.

She described Keith as “a great husband, a great dad, a great laugh”.

But she added that – although she is very proud of his career – she now looks back and wonders “whether it all worth it?”

The inquest heard that a postmortem revealed Keith died at the Royal Glamorgan Hospital, Llantrisant, on August 2 of chronic traumatic encephalopathy – a brain disease linked to repeated blows to the head.

And Mr Hughes added that research suggested footballers face a stronger than average chance of dementia.

He said: “There was some evidence within the medical investigations undertaken which would suggest a causal link between his career in football and the development of his Alzheimer’s and his cause of death as chronic traumatic encephalopathy.”

Mr Hughes adjourned the inquest in Pontypridd, South Wales, until next year for more medical evidence.