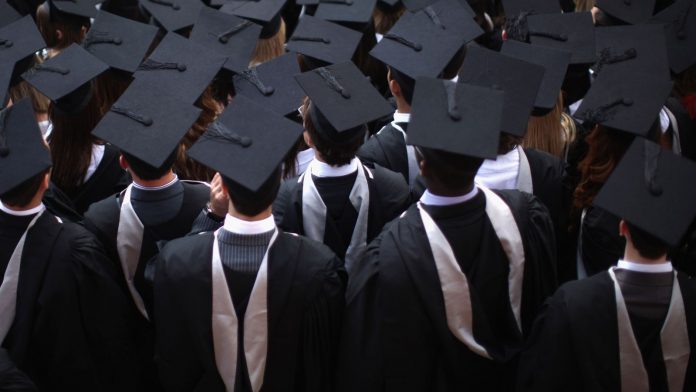 University chiefs are calling for so-called “essay mills” to be made illegal, amid fears they are undermining the integrity of degree courses.

The services, which are illegal in some countries, provide custom essays for students to cheat with.

As many as one in seven recent graduates may have cheated by using “essay mills” during the last four years, according to a recent study.

Students who get caught face punishment by their university, including possible disqualification, although it is not illegal for a company to offer the service.

The BBC reports that more than 40 vice-chancellors have written to the education secretary calling for those who provide the services, rather than students who use them, to be targeted by new laws.

Universities Minister Sam Gyimah has said outlawing the services completely remains an option, although work is ongoing to tackle the problem by other means.

He said: “I expect universities to be educating students about these services and highlight the stiff, and possibly life changing, penalties they face.

“I also want the sector to do more to grip the problem, for example by tackling advertising of these services in their institutions and finally blocking these services from sending an alarming number of emails to the inboxes of university students and staff.

“I have been working with organisations across the higher education sector to bear down on this problem and this has already resulted in the likes of YouTube removing adverts for these essay mills, but legislative options are not off the table.”

A parliamentary petition is already under way calling for essay mills to be banned.

Often the work can be difficult to identify as the essays are tailored for individual subjects and appear original.

A study by Swansea University published in August reviewed questionnaires dating back to 1978 where students were asked if they had ever paid for someone else to complete their work.

In March the Advertising Standards Agency banned adverts for an essay writing company by failing to make it clear that the papers were not meant to be submitted by students as their own work.