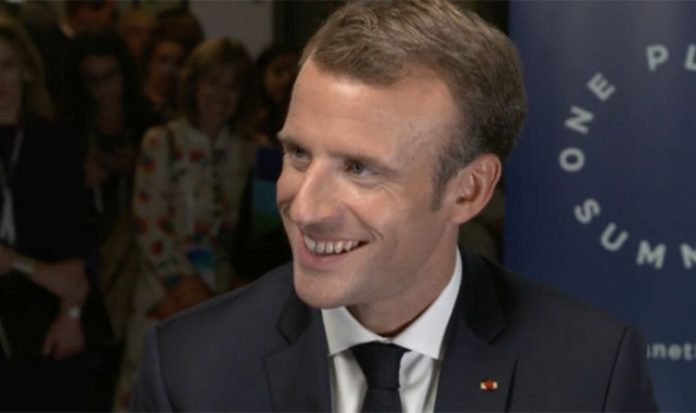 The French President repeated his claims that Leave campaigners “lied” to voters in the run-up to the June 2016 poll when he was interviewed at the One Planet Summit on the sidelines of the UN General Assembly in New York.

He said: “Brexit costs a lot. It’s much more complicated than they initially thought.”

Mr Macron said he would support another referendum but insisted it was not up to him to decide if Britain held another Brexit vote.

When asked if he would welcome Britain back to the EU he replied: “For sure. This is about history, not about domestic interests.”

Mr Macron was speaking after the Bloomberg Global Business Forum at the Plaza Hotel in New York where Theresa May told executives a post-Brexit Britain would be “an unequivocally pro-business Britain”.

Mrs May said her Chequers proposals had “much common ground” with the EU, despite its rejection at an informal summit of the union’s leaders last week in Salzburg.

7.30am update: Corbyn heads to Brussels for Brexit talks with Barnier

Party officials are keen to portray Mr Corbyn as a potential Prime Minister if failure to reach a Brexit deal leads to a snap election.

An insider said: “Jeremy will lay out Labour’s plans and what he would do in government to break the Brexit impasse.”

Mr Corbyn will meet Mr Barnier after attending a ceremony at a square in Brussels that will be named after the late Labour MP Jo Cox who was murdered by a far-right extremist in June 2016.