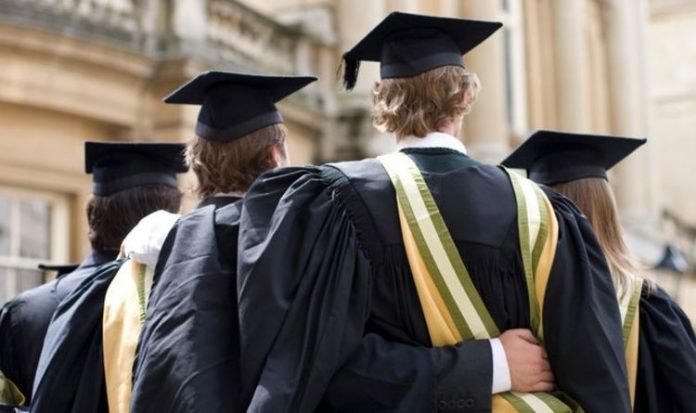 Fury and anxiety among students has grown, with many taking to social media to say they were promised a different sort of education to the one they were getting, which for many universities has now moved fully online.

They have also said they were asked by the university to come back to campus to satisfy landlords – with little concern for their safety and protection from COVID-19.

Students have also said access to necessary provisions, such as food and other supplies, has not been given by the institutions.

In Manchester, students are currently being prevented from leaving their accommodation by security.

Being careful not to pin the blame on students directly, he told Sky: “I very much want students to be able to go home at Christmas, and if we all pull together and observe these new rules, we follow the guidance, then we will be able to get to a point where that should be possible.”

Labour has asked the Education Secretary, Gavin Williamson, to “ensure that every student has access to testing to allow a safe journey home” for Christmas.

The Health Secretary Matt Hancock refused to rule out banning students from returning home last week after the scale of infections became apparent.

He said: “I don’t want to have a situation like that and I very much hope we can avoid it.

“We have said throughout that our goal is to suppress the virus, whilst protecting the economy and protecting education.

“And protecting people in education whether it’s school or university is obviously critical as is protecting the economy.”

He added: “In terms of universities, we are working very closely with them to try to make sure the students are safe, but that they can also get their education.”

“I’ve learned not to rule things out and one of the challenges that we have is how to make sure people are as safe as possible.”

But he added: “This is not our goal, I don’t want to leave you with the expectation – but we have to work on all contingencies at the moment.”