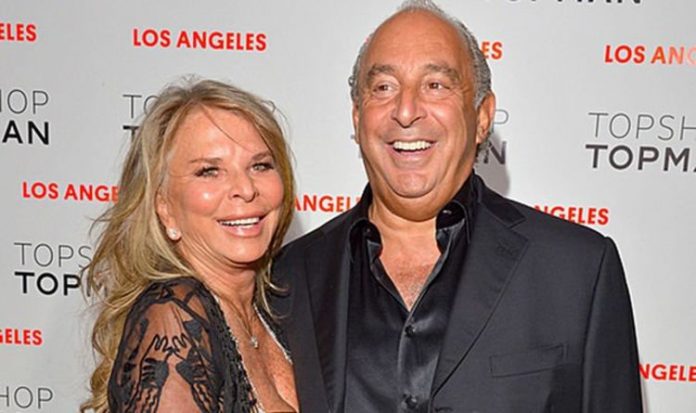 The group fell into administration in November, casting doubt over the future of its shops and employees. Online fashion group Boohoo yesterday confirmed it was in talks with the administrators now running Arcadia over the acquisition of the Dorothy Perkins, Wallis and Burton brands. It is understood any deal would be for the brands only, and not the High Street shops.

It is the same for rival online firm Asos, which is in talks to buy Arcadia’s Topshop, Topman, Miss Selfridge and HIIT brands.

The latest development adds to concerns that most if not all of Arcadia’s empire of more than 400 shops could shut.

Susannah Streeter, markets analyst at Hargreaves Lansdown, said: “The rescue of the famous names wouldn’t throw a lifeline to the thousands of shop workers who are very likely to still face redundancy.” The news caps a dramatic week for Boohoo, above, after it bought the Debenhams brand and website for just £55million.

However, that prompted administrators to confirm all 166 Debenhams stores would close, with 12,000 job losses.

It has been reported Boohoo could pay as little as £25million for the Dorothy Perkins, Wallis and Burton brands. Boohoo’s ­biggest shareholder is billionaire fashion magnate Mahmud Kamani, the son of a market trader who started a booming wholesale business.

Chloe Collins, of analytics company GlobalData, said: “A £25million acquisition of Dorothy Perkins, Burton and Wallis would further diversify the Boohoo group’s range of brands with minimal investment, and would complement its aim to transform Debenhams into an online marketplace.

“Arcadia’s brands were always a strong presence in Debenhams stores.”

Any carve-up of Debenhams and Arcadia between Boohoo and Asos could see about 1.3 ­million square metres of retail space become vacant and ­available to let, it was said.