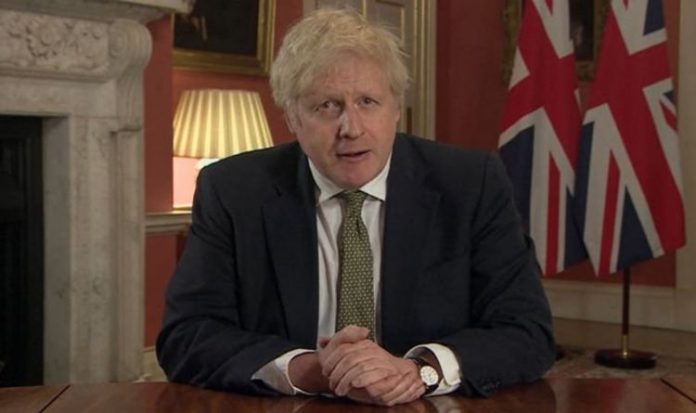 Boris Johnson: We are entering the last phase of the struggle

He vowed to deliver the vaccine to the most vulnerable in weeks. Urging the country to pull together last night, the PM plunged England into the toughest lockdown level of restrictions yet as hospitals reported a 30 percent surge in the number of patients with Covid in a week. All schools will be closed, along with all non-essential shops, and people will be ordered to stay at home as much as possible. Clinically vulnerable people are advised to return to shielding.

Meanwhile, the disruption to education means this summer’s GCSE and A-level exams are likely to be scrapped. Mr Johnson implored the country to “pull together” despite the “frustration and fatigue” at a fresh round of restrictions expected to last until at least mid-February.

He pledged to “tilt the odds” by making sure the top four groups in priority order got the vaccine by then. They include “all residents in a care home for older adults and their carers, everyone over the age of 70, all frontline health and social care workers
and everyone who is clinically extremely vulnerable”.

He added: “If we succeed in vaccinating all those groups, we will have removed huge numbers of people from the path of the virus. And that will eventually enable us to lift many of the restrictions we have endured for so long.

The Prime Minister vowed to deliver the vaccine to the most vulnerable in weeks (Image: PA)

“If everyone plays their part by following the rules then I hope we can steadily move out of lockdown.”

His announcement follows calls by UK health chiefs for the coronavirus threat level to be raised to five, which is the top level and means the NHS is “less than 21 days” from being overwhelmed.

All schools will be closed and people will be ordered to stay at home as much as possible (Image: Getty)

In a joint statement they said: “Many parts of the health systems in the four nations are already under immense pressure. We are not confident that the NHS can handle a further sustained rise in cases without further action.”

Prof John Edmunds, from the Government’s Scientific Advisory Group for Emergencies, warned that Covid deaths could climb to more than 100,000 a day without the lockdown.

He said: “The new variant is significantly more transmissible than the old ones. So we have to take significant extra measures to stop the NHS from becoming overwhelmed.”

The new lockdown will be tougher than the first, which was announced last March. Mr Johnson said: “You may only leave home for limited reasons permitted in law, such as to shop for essentials, to work if you absolutely cannot work from home, to exercise, to seek medical assistance such as getting a Covid test or to escape domestic abuse.

He took the decision to order a full lockdown yesterday after being handed “alarming” new figures at his morning briefing. Data showed there were 26,626 Covid patients in hospital in England, with the rate of new infections 40 percent higher than last April.

In his sombre 10-minute address, the Prime Minister acknowledged the frustration felt by much of the population at the return to lockdown for a third time.

He said: “I want to say to everyone right across the UK that I know how tough this is and I know how frustrated you are and I know that you have had more than enough of Government guidance about defeating this virus. But now more than ever we must pull together.

“The weeks ahead will be hardest yet but I really do believe that we are entering the last phase of the struggle because with every jab that goes into our arms we are tilting the odds against Covid and in favour of the British people. And thanks to the miracle of science not only is the end in sight but we know exactly how we will get there.

The PM acknowledged the frustration felt by much of the population at the return to lockdown (Image: Getty)

“But for now I’m afraid, we must once again stay home, protect the NHS and save lives.”

Pinning his hopes on the vaccine rollout, he added: “By the middle of February, if things go well and with a fair wind in our sails, we expect to have offered the first vaccine dose to everyone in the four top priority groups identified by the Joint Committee on Vaccination and Immunisation.”

Tory MP and former health secretary Jeremy Hunt, who had earlier called for stronger lockdown measures, tweeted: “Tough measures announced tonight but thank you Boris Johnson for doing what is necessary to save lives and get the virus under control.”

Commons Speaker Sir Lindsay Hoyle confirmed the recall of MPs while urging them to take part in proceedings remotely. In a letter to MPs, the Speaker said: “Under Standing Order 13 the Government has requested a recall of the House to hear a statement from the Prime Minster providing a Covid-19 update and to consider related public health regulations.

“I am satisfied that the public interest does require such a recall and I have agreed that the House shall meet on Wednesday 6 January 2021 at 11.30am.

“As per my advice on the previous recall, I would strongly urge you not to physically come to Westminster to participate in any business unless absolutely necessary due to the current severe public health situation.

“Members’ staff should also be working from home and I have asked the House authorities to limit House staff to a bare minimum.” 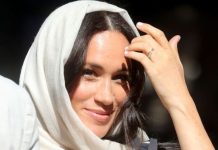 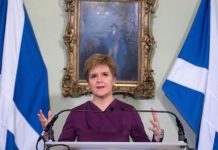