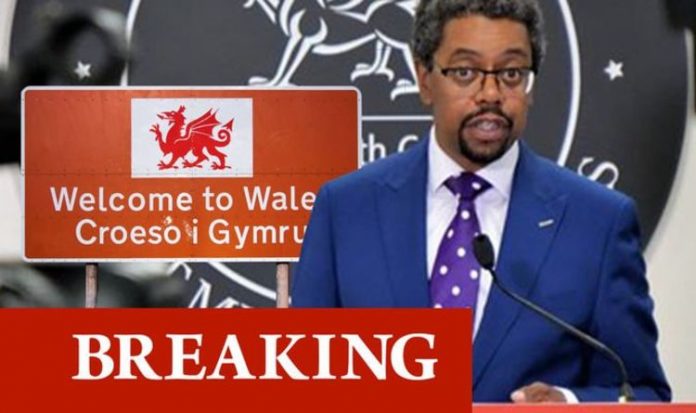 Welsh Health Minister Vaughan Gething said Cardiff was considering whether to introduce quarantine restrictions on people travelling to Wales from areas of the UK with high levels of coronavirus. Speaking at today’s government briefing, Mr Gething said: “We’re actively considering what we should do and I’ve discussed it this morning with the First Minister.

“We have quarantine regulations for international travel.

“So for some of the hotspot areas in the north of England, the North East and North West, and the West Midlands, if they were other countries or territories, we would have quarantine regulations for them to return to the UK.”

He added: “From high incidence areas across the UK, yes, we’re actively considering it.”

READ  Kay Burley savages Labour MP on dwindling popularity 'Why aren't you ahead of the Tories?' | UK | News (Reports)

“We’ll have to consider the matter today.

“We’ll have to take some advice from the scientific and medical advisers, public health advisers here.

“And we’ll then need to consider whether this is the right course of action because the measures we’ve introduced in Wales are about isolating areas with a higher prevalence of coronavirus and protecting lower prevalence areas.

“So that underpins the rationale we’ve taken.

“It’s consistent with the approach all four UK nations have taken to international travel and quarantine restrictions, where we recognise that higher prevalence areas in other parts of the world represent a risk to coronavirus being re-imported or having an opportunity to spread further within the UK.

Mr Gething said it was “disappointing” that Boris Johnson had not responded to a letter from First Minister Mark Drakeford asking for travel restrictions to apply to areas of England under local lockdown.

Across Wales, people must not enter or leave an area subjected to such restrictions without a reasonable excuse, which does not include travelling for a holiday.

However, Andrew Davies, shadow health minister for the Welsh Conservatives, said there were “all sorts of questions” that needed answering before quarantine restrictions were considered.

He added: “I think it’s quite a dangerous slope for the health minister and the first minister to go down here in Wales on the basis that 80% of the Welsh population is under some form of Covid restriction as we speak today.”

“Now if you start introducing such restrictions in Wales, does that mean then there’s a quid pro quo that England, Scotland and Northern Ireland start doing to Welsh residents?

“What about that engineer that has to come to a Welsh hospital to fix the cardiac machine from outside of Wales that could potentially be living in a hotspot in England?

“There’s all sorts of questions to answer before you even entertain implementing such dramatic action.”