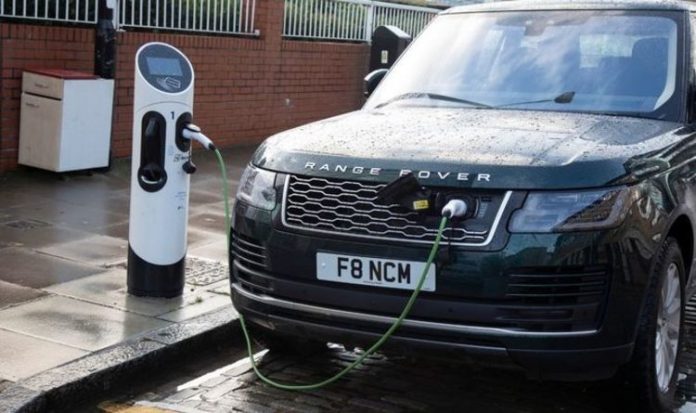 Ministers are being urged to improve access to charging points for electric vehicles (EV) and offer financial incentives such as VAT reductions to encourage drivers to buy non fossil-fuel cars and vans. The call comes ahead of an expected announcement from the Government on its consultation to move the date for the phase out of sales of new petrol and diesel cars and vans forward from 2040 to 2030 and to include hybrids in the ban.

Labour has also called for the date to be shifted to 2030 to cut carbon and curb air pollution, while the Government’s advisory Committee on Climate Change said the phase out should happen by 2032 at the latest.

Boris Johnson is expected to confirm the new target as early as next week.

Helen Clarkson, CEO of international non-profit the Climate Group and organisers of Climate Week NYC event, said: “Only bold action can achieve the 50 percent cut in emissions the world needs by 2030, and the UK, as host of upcoming UN climate talks, must set an example.”

She continued: “Of course, it’s not as simple as just setting a target.

“More government action is needed to support manufacturing of EVs and to unlock infrastructure investment.

“But both come with a big dividend for UK jobs. We’re in the middle of global recession – the climate can’t wait and our economy can’t wait.”

A report commissioned by the Department for Transport said a series of “upfront incentives” were needed to boost consumer demand electric vehicles.

The study, by the independent Behavioural Insights Team and the Transport Research Laboratory, said “providing some form of financial support to make it easier to afford” an electric vehicle was “one of the most effective and popular levers policymakers can adopt”.

It suggested cutting the VAT rate for electric cars while penalising those who buy petrol or diesel models was popular with potential buyers while other incentives, such as free parking for EV owners, could have a “positive impact”.

The report also called for a compulsory price-labelling standard showing the real ownership cost of an electric car rather than simply the upfront purchase price.

Mike Hawes, chief executive of the Society of Motor Manufacturers and Traders (SMMT), said: “The range of electrified vehicles on the market today is ever-increasing – but we need a fully-funded strategy that mandates a massive investment in infrastructure, helps all consumers to make the switch and supports a competitive UK industry.

“Whilst we applaud ambition, pulling forward the phase-out date by a decade to 2030 could have a devastating impact on the UK automotive industry and jobs, with the equally unintended consequence of undermining sales of today’s low emission technologies, which are needed to make environmental improvements now.”

Concern is rising over toxic pollution in built-up areas, with as many as 40,000 premature deaths a year linked to poor air quality.

Figures show 44,708 battery-powered cars were sold in the first eight months of this year, almost three times the total for the same period in 2019, but they still account for only 4.9 per cent of total sales.