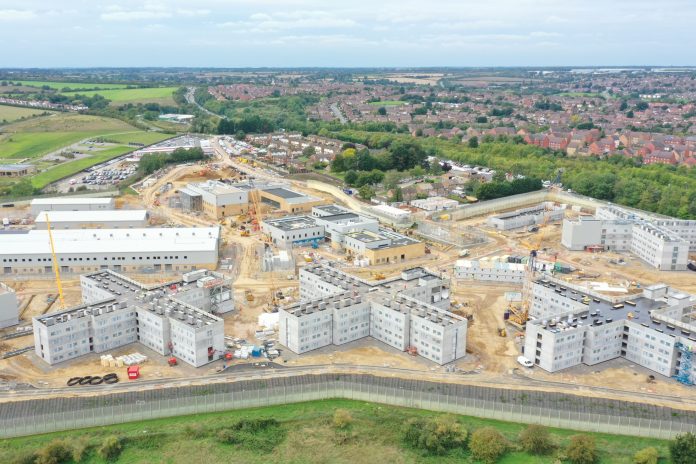 The new prison will be called Five Wells, a name chosen by the local community after the five historic wells surrounding Wellingborough.

The agreement will boost the local economy with 700 long-term jobs and see G4S manage the prison until 2032.

The appointment of G4S to run HMP Five Wells marks another step forward in delivering this Government’s ambitious transformation of the prison system, delivering modern places using the best of public and private sector expertise to rehabilitate offenders.

The new prison is an important investment not only in the criminal justice system, but also in Wellingborough, creating hundreds of new jobs to support the local economy.

Privately-run prisons are among the best performing across the estate and have been consistently praised by independent inspectors. In jails managed by G4S, 95% of the scores marked by HM Inspectorate of Prisons show their establishments are performing as ‘good’ or ‘reasonably good’ – the top ratings available.

G4S-managed prisons have also brought innovative new approaches to offender rehabilitation, including a cutting-edge families intervention programme and peer-led initiatives, praised by prison inspectors for building “excellent personal and social skills” so prisoners contribute in jail and are prepared for resettlement.

HMP Five Wells, alongside a new prison being built at Glen Parva in Leicestershire, and a new houseblock already opened at HMP Stocken in Rutland, will deliver around 3,500 new places, marking the latest development in the Government’s plans to expand the prison estate with modern jails that boost rehabilitation and cut reoffending.

The new category C resettlement prison in Northamptonshire incorporates the latest design and technology to enhance security and rehabilitation. It will hold around 1,680 prisoners and is due to open in early 2022.

Additionally, the government is investing up to £2.5 billion in 10,000 additional modern prison places. This includes 4 new jails to be built during the next 6 years.