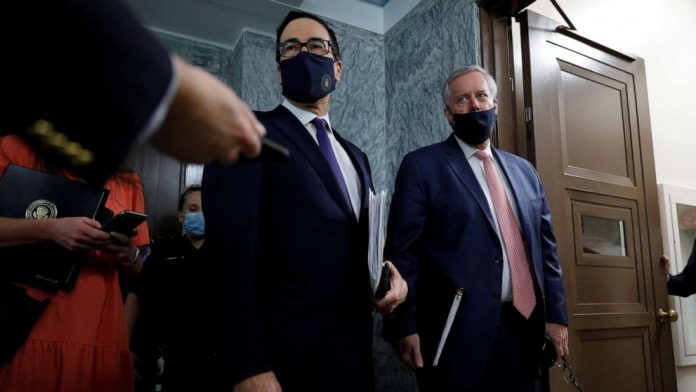 White House officials told Senate Republicans on Wednesday that if a deal is not reached with Democrats on coronavirus relief by Friday, negotiations will likely stop.

“I think at this point we’re either going to get serious about negotiating and get an agreement in principle,” Chief of Staff Mark Meadows told reporters Wednesday. “I’ve become extremely doubtful that we’ll be able to make a deal if it goes well beyond Friday.”

Sen. Roy Blunt, R-Mo., said that the negotiators relayed a similar message to the full GOP conference during their policy lunch.

“If there is not a deal by Friday, there won’t be a deal,” Blunt said. “At some point you have to set a deadline or just continue this Kabuki dance every day and nobody wants to.”

This follows Tuesday’s announcement that the negotiators had agreed to reach an agreement, if one is possible, by Friday.

But that seems to be about where agreement between Meadows, Treasury Secretary Steve Mnuchin, Minority Leader Chuck Schumer and Speaker of the House Nancy Pelosi stops.

Senators who met with administration officials said the negotiations on Wednesday seemed almost identical to days prior.

The Senate is approaching what would be the start of its August recess at the end of the week.

Majority Leader Mitch McConnell said Wednesday that the Senate will delay its recess and remain in session next week, though it is not clear what sort of action would take place during that time if negotiations on a package break down.

As tensions begin to boil over, Republicans are expected to begin offering piecemeal portions of their coronavirus relief proposal, the HEALS act, on the Senate floor.

Up first will likely be an effort to extend the paycheck protection program, whose application window closes at the end of the week.

Republicans have already attempted an extension of the unemployment benefits on the Senate floor — an effort which was quashed by Democrats.

Democrats have flatly rejected the idea of a piecemeal series of bills. They’ve argued that a “big,” “bold” and “comprehensive” bill is necessary to combat the ongoing health and economic crisis.

The Democratic proposal, which has already passed the House of Representatives, costs nearly $3 trillion. The Republican proposal is around $1 trillion.

Entering negotiations on Wednesday, Schumer, when asked about the possibility of a deal being reached by Friday, said there are still divides between the parties.

“Well, we’re working very hard but we got a lot of issues,” Schumer said. “We see the problem as bigger, bolder and requiring more action than they do.”

What to know about the coronavirus:

The post WH officials signal relief negotiations will end if agreement not reached by Friday appeared first on ABC News. 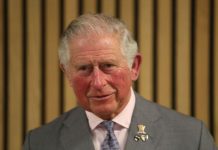