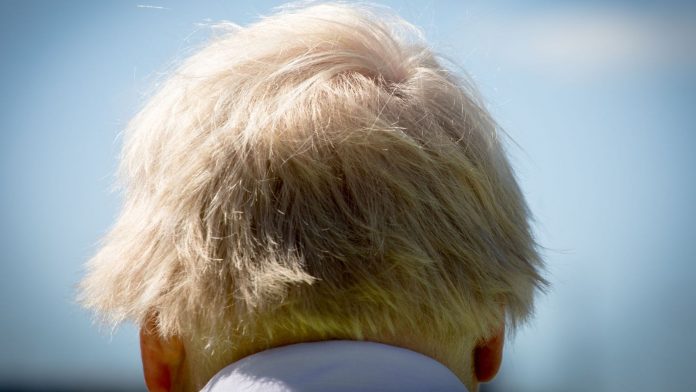 We’ve been here before. I certainly have. But Theresa May will be hoping to copy John Major in 1995 rather than Margaret Thatcher in 1990.

Conservative MPs have a habit of trying to bring down their leader, in government and in opposition. They did it to Iain Duncan Smith as well.

An hour or so after Number 10 announced Boris Johnson’s resignation, a senior Downing Street source was asked if Mrs May would fight any attempt to remove her through a vote of no confidence.

The reply was an emphatic “yes”, which suggests that members of the prime minister’s inner circle now fully expect a challenge to her leadership in the coming days.

Just a week ago, The Sunday Times reported that she had vowed to defy cabinet plotters and claimed she would not be bullied out of office by hard line Brexiteers opposed to her EU plans.

The paper reported that she has decided to stand and fight if Tory MPs force a vote to oust her, declaring that she is content to “win by one vote”.

That means Tory mutineers would need 159 MPs to bring her down, more than three times the 48 who would be needed to trigger a vote of no confidence by writing a letter demanding a contest.

The number of letters demanding a contest that have been sent to Sir Graham Brady, the chairman of the 1922 Committee, must be perilously close to 48 now – with the party in meltdown after Mr Davis and Mr Johnson’s resignations.

In 1995, when John Major faced a mutiny from his Maastricht rebels, he triggered a contest himself and I was among the political correspondents summoned to the Downing Street rose garden as he challenged his enemies to “put up or shut up”.

Only John Redwood, known among MPs as “the Vulcan”, put up. Mr Major beat him by 218-89 and Tory spin doctors immediately declared the leadership issue settled.

He survived two more years in Downing Street, until the Labour landslide of 1997.

Back in 1990, in a contest triggered by the resignation from the cabinet of Sir Geoffrey Howe in a dispute over Europe, Mrs Thatcher was ousted by her MPs – and, crucially, her cabinet – in an act of brutality her devotees still cannot forgive.

In fact, some Conservative MPs claim the party’s civil war on Europe can all be traced back to the night in November 1990 when, one by one, most of her cabinet told her in meetings in her Commons office that the game was up.

In her favour, Mrs May currently has most of her cabinet behind her, despite the latest resignations.

She had a majority of her cabinet supporting her at Chequers on Friday and it was the ominous silence of Mr Davis and Mr Johnson over the weekend that made them the likeliest quitters.

But the disarray over Brexit – with the white paper now delayed until next week – means her lack of a majority in the Commons is even more dangerous. Losing votes in the autumn or early next year is a real possibility.

And one very senior MP of my acquaintance with long years of experience is already predicting a general election in May next year, with the Tories in turmoil and Brexit in chaos.

Back in 1990, Mrs Thatcher did win the first round ballot against challenger Michael Heseltine, by 204 votes to 152, and I was there at the British embassy in Paris when she famously declared: “We fight on, we fight to win!”

But unlike John Major five years later, Mrs Thatcher did not have the necessary 15% winning margin and it was known that other contenders – including Mr Major – were poised to enter the contest in the second round.

Mrs Thatcher should have seen the warning signs. A year before she was ousted, she survived a “stalking horse” challenge from obscure backbencher Sir Anthony Meyer by 314 votes to 33, although 60 Tory MPs in total failed to back her.

That contest was triggered by the resignation a few weeks earlier of Nigel Lawson in a row over the influence of Mrs Thatcher’s economic adviser Sir Alan Walters.

The most recent toppling of a Tory leader was that of Iain Duncan Smith in 2003. On that occasion I broke the news on Sky News – breathlessly, as I recall! – that his enemies had the required 25 letters (the Tories had far fewer MPs then) for a contest.

There was never any doubt that he was on his way out and after he lost by 90 votes to 75. Within days, he was replaced by Michael Howard in what was clearly a well-organised coup to remove IDS by the party’s most senior MPs.

So what are the lessons of these previous motions of no confidence and leadership contests?

The first is that big resignations, like Nigel Lawson, Geoffrey Howe and – yes – David Davis and Boris Johnson, place an embattled leader in even greater danger.

Theresa May has now suffered eight Cabinet resignations, for a variety of reasons, since last year’s bungled general election.

And when prime ministers are forced into reshuffles they don’t want they tend to respond by rewarding cronies, regardless of their talent, which only makes a PM more isolated from their MPs and even weaker.

Theresa May was guilty of shocking cronyism when she appointed Gavin Williamson to succeed Sir Michael Fallon as defence secretary and – to a lesser extent – replaced Damian Green with David Lidington.

Some critics have suggested that Mrs May’s Brexiteer enemies lack two things: an alternative candidate and a plan.

It’s possible that she could face a “stalking horse” challenge, like Mrs Thatcher in 1989, rather than a big hitter like David Davis or Boris Johnson.

Others suggest that while the resignation of Mr Davis is a blow, that of Mr Johnson is a relief.

After all, he blundered over the imprisonment of Nazanin Zaghari-Ratcliffe, insulted countless foreign nations and failed to honour a pledge to quit over Heathrow expansion.

Then there has been his gross disloyalty to the prime minister over the past two years, undermining her frequently with Daily Telegraph articles, speeches at think tank dinners and then last week describing her Chequers deal as a “turd”.

Most other prime ministers would have sacked him long ago.

When he bottled out of quitting over Heathrow expansion, he said his resignation “would achieve absolutely nothing”. So what does he think this resignation will achieve, then?

As ever with Boris, his main consideration will have been what is best for his Tory leadership ambitions. It was this that motivated him to support Leave in the EU referendum two years ago.

His problem is that other rivals have now overtaken him in the race to succeed Theresa May: the rising star Sajid Javid, impressing in the high-profile job of home secretary, and Michael Gove.

But when will that contest be?

We’re told by allies of Sir Graham Brady to treat rumours that he has 48 letters already “with extreme caution”.

But then last Sunday he wrote in The Observer that cabinet ministers should unite behind the Prime Minister. Well, that worked, then!

Cabinet resignations, a mood of mutiny on her back benches and the haemorrhaging of her personal authority make a leadership contest likely sooner rather than later.

But she will hope to live to fight another day, like John Major in 1995, rather than be ousted by her cabinet, like Margaret Thatcher in 1990.

John Major’s supporters used to say one of his greatest qualities was his resilience.

The same could be said of the embattled Theresa May. After her Monday of “May-hem”, she’s going to need every ounce of resilience to survive.