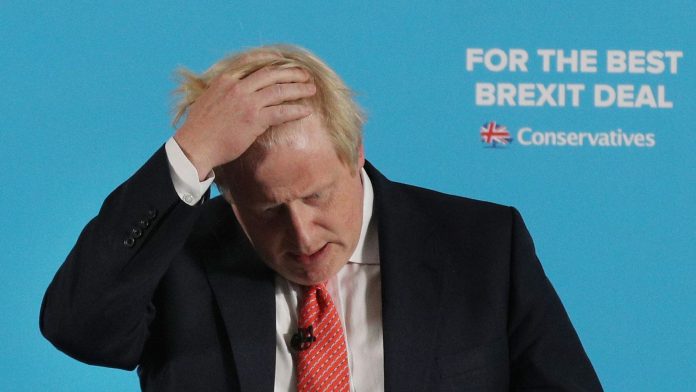 Boris Johnson has resigned as foreign secretary just hours after Brexit secretary David Davis left his post, in a move the opposition claims has left the government in “meltdown”.

The prominent Brexiteer has stepped down in protest at the Prime Minister Theresa May’s plans to retain close ties with the European Union after Brexit.

Mr Johnson’s nearly two years as foreign secretary was not without controversy, with the ambitious Tory heavyweight having been accused of undermining Mrs May on more than one occasion – and making headlines for other reasons.

His resignation comes just a month after he was heard launching a scathing attack on the government’s Brexit strategy in a leaked tape from a private dinner with Conservative activists.

Mrs May said she had “full confidence” in the then-foreign secretary, despite his suggestion that the US president Donald Trump could do a better job of negotiating Brexit than the UK government.

He added that it was time for the prime minister to be “more combative” with Brussels, and accused the Treasury of being the “heart of Remain”.

Mrs Rudd’s public slapdown came after Mr Johnson, who is widely regarded to have ambitions to become prime minister, penned a lengthy article for the Daily Telegraph that laid out his Brexit blueprint.

His 4,000 word piece was viewed by many as a leadership bid.

In June this year he urged Mrs May to deliver a “full British Brexit”, and not something that was “half-hearted”.

He wrote in The Sun that the British people “don’t want some bog roll Brexit, soft, yielding and seemingly indefinitely long”.

One of the biggest challenges Mr Johnson faced during his tenure was the diplomatic row that followed the poisoning of the former Russian spy Sergei Skripal and his daughter Yulia in Salisbury.

Mr Johnson said that the Foreign Office had heard a total of 24 “ludicrous fibs” from Moscow, after the UK government accused the Kremlin of being behind the attack in March.

Russian diplomats were expelled from 27 countries in a move spearheaded by the UK, with Mr Johnson claiming that nations were saying “enough is enough” after “years of vexation and provocation” from Moscow.

Mr Johnson faced questions over his handling of the row when he told a German broadcaster that a British military research unit had samples that proved Russia was behind the poisoning.

The unit at Porton Down later told Sky News that it was not yet able to establish where the substance used to target the Skripals had been made.

Iran could go for a bomb

A high from Mr Johnson’s time in the Foreign Office was his determined efforts to convince President Trump to honour the Iran nuclear deal.

He flew out to Washington DC to convince Mr Trump that Iran would “go for a bomb” if he deserted the agreement, with his words falling on deaf ears as the US later announced it would be pulling out of the deal.

Perhaps inevitably in some minds, Mr Johnson’s time as foreign secretary was not without gaffes.

She was simply teaching journalism

In November 2017 he told the Commons foreign affairs committee that a British mother jailed in Iran had been “simply teaching people journalism”.

The blunder added weight to the Iranian judiciary’s argument that Nazanin Zaghari-Ratcliffe was not in the country on holiday.

The British-Iranian charity worker and her family had always maintained she was merely visiting relatives in Iran when she was arrested.

The mother-of-one from Hampstead, north London, is still in prison in Iran and was told in May she could face a new charge of spreading propaganda.

There is no suggestion the new charge is a result of Mr Johnson’s remark.

The call from a prankster

The then-foreign secretary had another head-in-hands moment in May when he was tricked into taking part in an 18-minute phone call with a prankster pretending to be the Armenian prime minister.

The pair spoke about Russia, its president Vladimir Putin, and the Salisbury poisoning.

Mr Johnson appeared to laugh when the caller said he was a holding a meeting with the Russian president and that he “hoped he will not poison me with novichok”.

A UK diplomatic source later called it a “desperate attempt by the Kremlin to save face”.