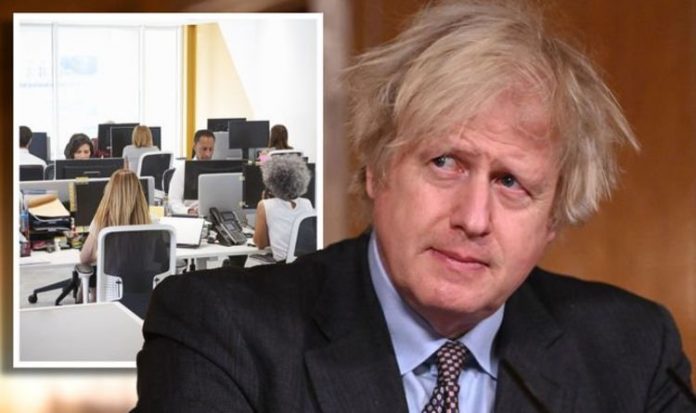 On Monday Prime Minister Boris Johnson laid out the path out of lockdown, revealing key dates for schools returning, non-essential shops opening and Britons being able to socialise. Speaking from Downing Street Mr Johnson said: “Thanks to the vaccinations there is light ahead, leading us to a spring and a summer, which I think will be seasons of hope, looking and feeling incomparably better for us all.”

Signifying the slow return to normality, from March 8 all pupils in England’s schools are expected to return to class, with increased implementation of face masks and testing in secondary schools.

Also from March 8, socialising in parks and public spaces with one other person will also be allowed.

Mr Johnson said: “This is not the end today but it is very clearly a road map that takes us to the end.”

He told a Downing Street press conference it would be a “one-way journey, we very much hope”.

Read More: When will universities reopen?

Research by AlphaWise at US bank Morgan Stanley found UK workers said they wanted to spend an average of 2.4 days per week working remotely in the future.

And more than six in 10 (62 percent) of office workers believe they will go back into the office around June 2021.

Morgan Stanley said: “Despite vaccine rollouts and tighter lockdowns, this estimate has moved later in all countries surveyed since the last survey from December, by around 1.5 months, and now stands around June, on average.

“Clearly, this will not only impact office utilisation in 2021, but the leisure and retail property that depends upon the return to normal commuting patterns.”