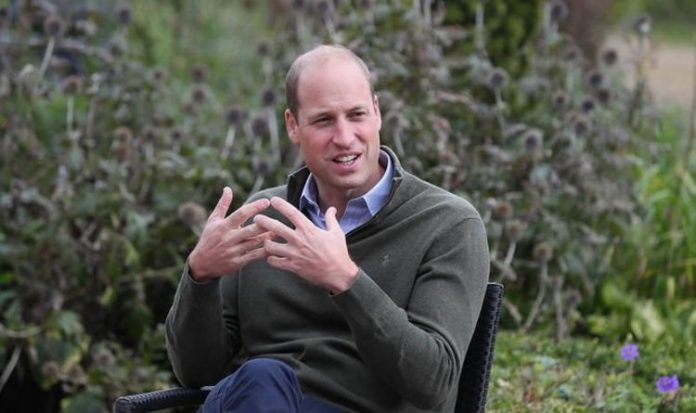 Prince William, who previously spoke of his shock and anguish at the “horrendous” attack in Congo’s Virunga National Park, sent mourning families a private contribution. Neither the Duke of Cambridge or Kensington Palace spoke about William’s gesture, which only came to light only after a charity spoke about it.

The Thin Green Line Foundation wrote on Twitter: “We are very grateful to The Duke of Cambridge for his recent support through our Fallen Ranger Fund for the families impacted by the devastating loss of six Rangers at Virunga National Park in January.”

The organisation helps park rangers who risk their lives to protect wildlife from poaching and other threats.

The Thin Green Line has estimated more than 1,000 park rangers have been killed in the line of duty over the past decade.

Many of them died by the hand of poachers or armed militia groups.

Prince William news: Prince William has made a private donation to a fund launched by the Thin Green Line Foundation (Image: GETTY)

To support the families of those who were killed in service, this charity launched the Fallen Ranger Appeal, which seeks to provide each family left behind following the death of their loved one with an urgent lifeline grant of £1,422 ($2,000).

In January, the Duke of Cambridge condemned the ambush on Africa’s oldest national park.

After news of these six park rangers broke, he said: “The horrendous attack on staff at the Virunga National Park is abhorrent and I condemn the actions of those responsible in the strongest terms.

“Rangers who work tirelessly to protect both the national park and the neighbouring communities should be honoured not attacked.

“They should never find themselves in a position where their lives are on the line.”

The attack left another ranger seriously wounded – but after being treated at a hospital in Goma, his injuries were no longer considered life-threatening.

Park director Emmanuel de Merode, who was shot during service in 2014, said his team remain committed to the protection of wildlife despite the dangers.

He said: “We are facing a situation that is extremely difficult, but which in no way erodes the conviction of all ICCN staff to continue our efforts.”

Prince William has been long committed to defending wildlife and those who work to protect it.

Prince William news: The line of succession to the throne (Image: EXPRESS)

In 2017, the Duke of Cambridge appeared on The Last Animals, a documentary focused on the decimation of Africa’s wildlife by poachers, to express his anger at the continuous attacks against rangers.

He told filmmaker Kate Brooks: “Over 1,000 rangers have been killed in the last 10 years. It makes you really angry. It makes you very sad.

“We know where the wildlife are that are being poached. We know how the product is moved and we know where it ends up.

“You’ve got every possible bit of research and evidence you could need to fix this.”

Prince William news: Prince William is at the helm of several organisations aiming to protect the environment and wildlife (Image: GETTY)

Prince William is at the helm of several organisations aiming to protect the environment and wildlife.

In 2005, the Duke of Cambridge became the patron of the Tusk Trust, which works towards conserving wildlife and initiating community development.

In the autumn of 2020, Prince William also launched the Earthshot Prize, a decade-long initiative awarding five £1million prizes a year to those coming up with workable solutions to solve the climate crisis.