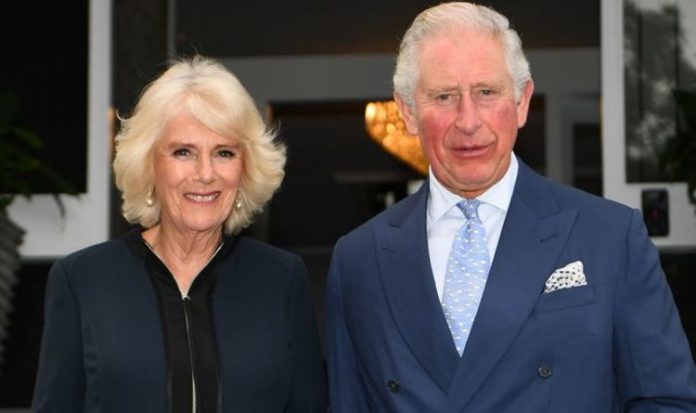 The release of the new season of hit royal Netflix drama The Crown has brought renewed interest in the Royal Family, including the love triangle between Prince Charles, Princess Diana, and the Duchess of Cornwall. Although the Duchess of Cornwall is now a well liked working member of the Royal Family, this wasn’t always the case. Viewers took to social media to express their shock at Prince Charles and Camilla’s affair upon watching the on-screen depiction.

One user tweeted: “I’m only on episode three and I’m already seething about Camilla and Charles #TheCrown.”

Another wrote: “Wait, did Prince Charles even love Diana? She’s totally on her own. #TheCrown.”

While another tweeted: “Genuinely heartbroken watching the portrayal of Diana in season four of #TheCrown. She deserved so much better than Charles and Camilla.”

Prince Charles and Princess Diana separated in 1992 after 11 years of marriage, before officially four years later in 1996.

When did Charles and Camilla go public?

Prince Charles and Camilla, Duchess of Cornwall first went public with their relationship two years after Diana’s death in 1997.

The two were photographed leaving the Duchess’s sister’s birthday party at the Ritz Hotel, London, in January 1999.

The Prince of Wales and Duchess of Cornwall were in each other’s lives long before 1999, however.

It is believed they met at a polo match in 1972, and after dating for a year or so abruptly ended their relationship in 1973.

In 1986, after five years of marriage to Princess Diana, Prince Charles began an extra-marital affair with the Duchess of Cornwall.

This didn’t come as a shock to anyone as the duo had retained their close friendship all throughout the marriage.

Princess Diana reportedly told her biographer that she tried to confront Camilla about the affair, but it didn’t lead to any change.

In a 1994 TV interview with his biographer, Jonathan Dimbley, the Prince of Wales revealed he had been faithful to Diana until the point their marriage was “irretrievably broken down”.

He said: “Mrs Parker Bowles is a great friend of mine. I have a large number of friends.

“I’m terribly lucky to have so many friends, who I think are wonderful and make the whole difference to my life, which would become intolerable otherwise.

In February 2005, the couple announced their engagement after Prince Charles proposed to her with an art deco design ring belonging to the Queen Mother.

In April of the same year, the Prince of Wales and Duchess of Cornwall tied the knot in a civil ceremony, with Prince William serving as best man and Camilla’s son Tom as a witness.

The Queen and Duke of Edinburgh didn’t attend the ceremony but made an appearance at the reception.