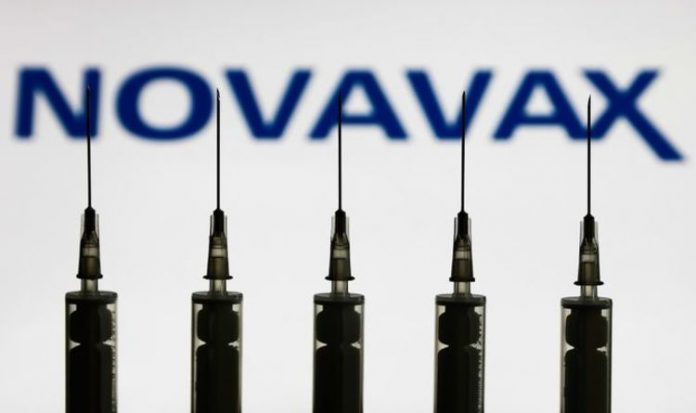 The Novavax coronavirus vaccine is the latest to show high efficacy in clinical trials, and is likely to join the three other vaccines currently approved for use in the UK. The new vaccine has been shown to be 89 percent effective and is also proven to work against new variants of the virus, according to data from clinical trials conducted in the UK and in South Africa.

More than 15,000 people in the UK took part in the clinical trial, which was supported by the UK National Institute for Health Research.

Chief medical officer Professor Chris Whitty tweeted that the Novavax jab is a “highly effective vaccine to add to the medical countermeasures against COVID-19 trialled in the UK”.

“If it gets MHRA approval this increases our future resilience, including against the B.1.1.7 (Kent) variant,” he said.

When will the Novavax vaccine be available in the UK?

As the Novavax vaccine has not yet been approved by the MHRA in the UK, it is not yet available.

However, it looks likely it will be approved in the coming month, meaning rollout of Novavax could begin in the late spring.

While other vaccines currently available are believed to be effective against the several new strains of the virus that have emerged worldwide in recent weeks and months, the news of a vaccine that can keep pace with any new variants is particularly optimistic.

Professor Paul Heath, who led the Novavax trials, said the results were “yet another great step forward for the UK”.

He added: “I think the technology we have both with this vaccine, the Novavax technology, and the other vaccines, it is such that they can adapt quickly so we can expect to see, if required, new vaccines or bivalent vaccines, where two different strains are joined together in the one vaccine.

“And that now can be done at pace so that we can keep up with these variants should they prove to be difficult to prevent with the vaccine that we have at the moment.

“We’ve seen for the UK that the UK variant can be successfully prevented with this vaccine, which is great.

“Yes, the South African variant is more difficult… But all the technologies we are now seeing mean that we can adapt very quickly to such new variants and produce new vaccines at pace so that we can keep up – and in fact get ahead of – the virus.”