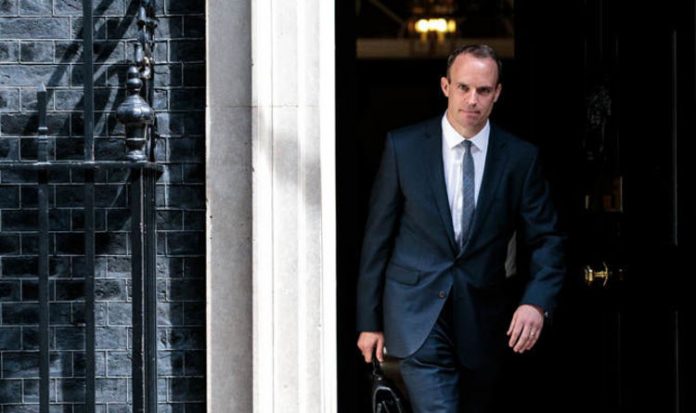 A lawyer with a black belt in karate, Dominic Raab has spent much of his political career hoping to deal a killer blow to Britain’s membership of the EU.

The 44-year-old MP for Esher and Walton was a senior member of Vote Leave and is known to be fiercely personally ambitious with hopes of one day entering Downing Street as Prime Minister.

The son of a Czech-born Jewish refugee who fled the Nazis in 1938, Mr Raab was brought up in Buckinghamshire and took a law degree at Oxford University before switching to Cambridge for his Master’s.

He worked as a lawyer at the Foreign Office before entering the world of politics in 2006 as an aide first to David Davis – the man he is now replacing as Brexit secretary.

Mr Raab was expected to rise swiftly in the ranks when he was first elected in 2010 but was held back after drawing the ill favour of Mrs May when he described some feminists as “obnoxious bigots” in a 2011 online article in which he attacked the “equality bandwagon” and said that men were getting “a raw deal”.

Mrs May responded with a fierce slapdown in the House of Commons, telling him that his comment was “not the way forward (to) get away from gender warfare”.

In 2012, Mr Raab joined other Tory rising stars in putting his name to a manifesto called Britannia Unchained, which raised eyebrows by branding the British “among the worst idlers in the world”.

He was appointed civil liberties minister in the Ministry of Justice following David Cameron’s election victory in 2015.

Then after the referendum he was sacked as a minister by Mrs May as she became Prime Minister.

He took the opportunity to create the the pro-Brexit Change Britain campaign group to push for the Leave vote to be properly realised.

He proved a loyal pro-Brexit outrider on the backbenches and was rewarded with a more senior role in the Ministry of Justice following last year’s general election.

In a sign that she had changed her mind, Downing Street said his appointment to housing which the Prime Minister had made a personal priority showed the “high regard” in which she held him.