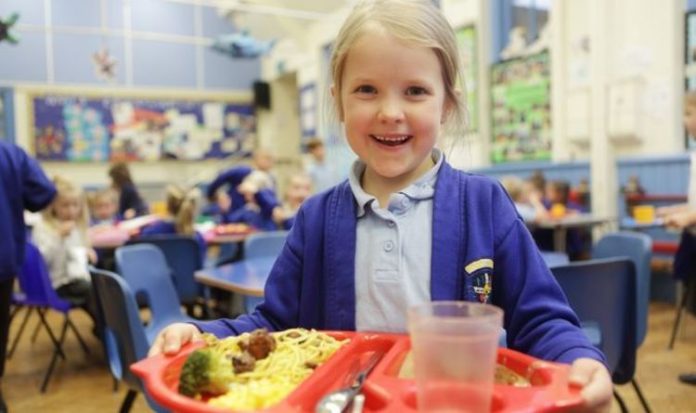 The Free School Meals scheme helps over a million children in the UK eat healthily and prepares them for a day of learning while they are in school. Tory MP’s have voted down keeping the scheme going through the half-term holidays, letting down millions of vulnerable families and children during a global health crisis.

MP’s voted 322 to 261 votes – a majority of 61 – to not provide school meals for the most vulnerable children in society over the upcoming October break.

The amount of families claiming school meals has risen exponentially during the coronavirus pandemic, as families struggle to put food on the table in light of job losses and a downturn in income.

Local authorities and schools have reported a surge in families claiming the benefit or at least attempting to register, with some schools reporting an increase of over 10 percent.

More than 1.4 million children experience food insecurity during school breaks, according to the Food Foundation, while 6.3 percent of children are worried about going hungry during the upcoming October half-term.

Even those from typically higher-earning families have been attempting to access the scheme, according to research conducted by the foundation.

Footballer Marcus Rashford has been a driving force behind pressuring the Government to support vulnerable families – and forced the Government into a spectacular U-turn this summer when Boris Johnson’s administration decided to deprive the country’s worst-off children during the summer break.

In response to the vote, Mr Rashford has begged politicians to “stop stigmatising, judging and pointing fingers” and warned many children will go to bed hungry because of the policy.

How can I get free school meals?

Eligibility for free school meals is restricted to children whose parents or carers claim out of work benefits or income support.

Children of all ages living in households on income-related benefits may be eligible, from Government-maintained nurseries right through to sixth forms.

Eligibility varies slightly between England, Wales, Scotland, and Northern Ireland because the devolved nations set their own rules.

New claims made from April 2018 in England must come from households earning a maximum income of £7,400 a year after tax, not including any benefits.

Rules are the same in Scotland and Wales, but in Northern Ireland, the household income threshold is £14,000.

DON’T MISS
Free school meals vote: How did my MP vote? Who voted against it? [INSIGHT]
Can hairdressers open in Tier 3? [EXPLAINER]
Payment holiday: Can I still apply for a payment holiday? [ANALYSIS]

Your child will be able to get free school meals if they’re in a government-funded school and in:

If you live in Scotland, Nicola Sturgeon has already committed to free school meals for this half term and for subsequent school holidays for the next year.