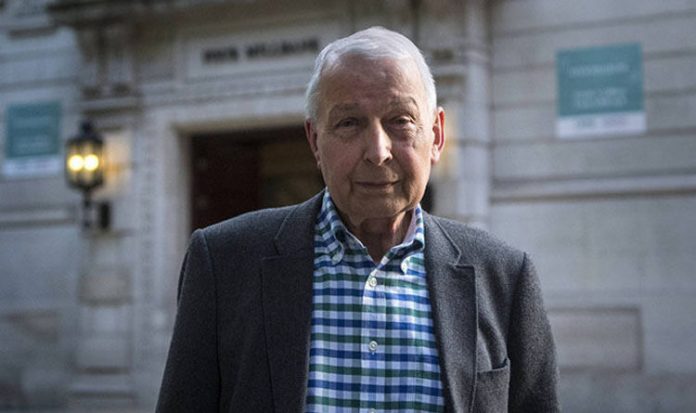 Who is Frank Field?

Londoner Frank Field joined the Labour Party in 1960, serving as a Labour councillor in the London Borough of Hounslow from 1964 to 1969.

Labour wasn’t his first choice however, Mr Field was first a member of the Conservative Party in his youth.

However, his opposition to the South African apartheid system saw him forced to leave the conservatives in 1960.

Mr Field gave advice to Margaret Thatcher, visiting her in Downing Street and advising her to support John Major due to her waning popularity.

He was then smuggled out of Downing Street’s back door according to the BBC.

Mr Field was appointed the chair of the Commons’ work and pensions committee on June 18, 2018.

In recent times Mr Field has disagreed with his Labour peers, as one of three Labour MPs to oppose a vote held on July 17, 2018, as to whether the UK should remain in the customs union in the event of a no-deal Brexit.

Why has Frank Field quit the Labour Party?

Describing the leadership as becoming “a force for anti-Semitism in British politics”, Mr Field has become one in a string of politicians to criticise Labour leader Jeremy Corbyn.

Mr Field wrote in his resignation letter: “It saddens me to say that we are increasingly seen as a racist party” and added that antisemitism alone would have been enough to prompt his resignation.

Field’s letter stated he was resigning the whip “with considerable sadness”, however, he would not return unless there were “great changes in the leadership’s stance on the issues outlined”.

Labour released an official statement thanking Mr Field for his service to the party.

However, one Labour source said: “Frank has been looking for an excuse to resign for some time.”

The source also said much of Field’s letter was in conjunction with a complaint related to his local party, which had been investigated and resolved.

The Labour leader has apologised for the hurt caused by anti-Semitism in the party and pledged to stamp it out.

Mr Corbyn said in a video message: “I’m sorry for the hurt that’s been caused to many Jewish people.”

“We have been too slow in processing disciplinary cases of, mostly online, anti-Semitic abuse by party members.

“We’re acting to speed this process up.”

Labour has been caught up in a row about anti-Semitism within the party for more than two years.

Human rights campaigner Shami Chakrabarti carried out an inquiry into the Labour party in 2016, and the report found that although the party was “not overrun by anti-Semitism”, there was an “occasionally toxic atmosphere”.