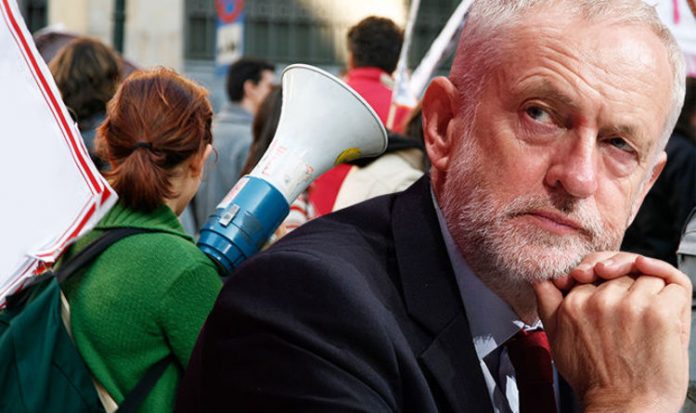 They have posted a Facebook event where they say they will protest on Tuesday 4th September at a meeting of Labour’s National Executive Committee (NEC).

The NEC will try to end the anti-semitism row surrounding the Labour party by adopting the full definition and examples of antisemitism in the International Holocaust Remembrance Alliance (IHRA) code.

Camden Momentum say adopting the full IHRA definition of antisemitism would return the Labour party to the right and demand that the decision be put to a vote of all Labour party members.

In their petition, the group say: “The IHRA definition would return the party to the right which we voted down by a large majority – twice.

Corbyn has been under mounting pressure from right-wing Labour MPs, Zionist organisations and the mainstream media determined to remove our elected leader.”

For months outrage has escalated over Mr Corbyn’s association with anti-semitic groups.

Most recently he has been widely criticised for laying a wreath at a cemetery where members of the terrorist group Black September, who massacred Israeli athletes at the 1972 Munich Olympics, are also buried.

“He did not commemorate Atef Bseiso or any other PLO leader buried in the cemetery.”

Today, veteran Labour MP Frank Field resigned from the Labour whip, citing a culture of nastiness and antisemitism within the party as his reason to leave.

Writing to Labour’s chief whip, Nick Brown, Mr Field wrote: “It saddens me to say that we are increasingly seen as a racist party”.

Camden Momentum, a far-left group, argue charges of anti-semitism against the Labour leader are a smear campaign.

They quote a YouGov poll from March which found 77% of Labour members believe the charges of antisemitism in the Labour Party are “exaggerated” or “hyped up” to damage Jeremy Corbyn.

The YouGov poll, commissioned by the Times, surveyed 1,156 Labour members in March.

A Labour Party spokesperson said: “Jeremy Corbyn has made clear that there is no place for antisemitism in the Party, and that rooting it out and rebuilding trust and confidence among Jewish communities are priorities.”

“Labour’s Code of Conduct on anti-Semitism adopts the IHRA definition and expands on and contextualises its examples to produce robust, legally sound guidelines that a political party can apply to disciplinary cases.

They have been distributing leaflets and have launched a petition to gather support, which has currently gained over 1,500 signatures.